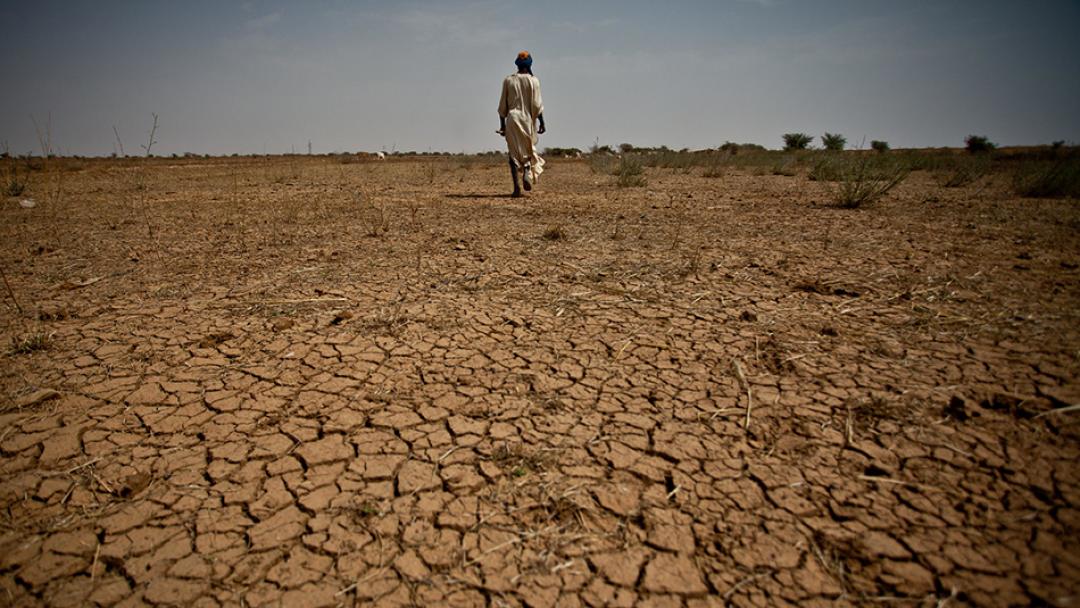 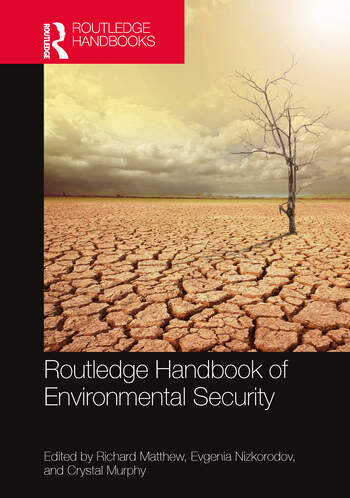 The recently published Routledge Handbook on Environmental Security provides a comprehensive overview of the field of environmental security.

Edited by Richard Matthew, professor of urban planning and public policy and director of UCI’s Blum Center for Poverty Alleviation; Evgenia Nizkorodov, a Blum Center research fellow; and Crystal Murphy, associate professor of political science at Chapman University; the book details how environmental factors affect human security and contribute to the onset and continuation of violent conflict worldwide. It also examines the effects of violent conflict on the social and natural environment and the importance of environmental factors in conflict resolution and peacebuilding.

The book is divided into four thematic sections:

In Chapter 7, “Climate Change as a Contributor or Conflict,” Alec Crawford, senior policy advisor and lead of environment, conflict and peacebuilding at the International Institutes for Sustainable Development, and Clare V. Church, a doctoral student in the United Kingdom, write about trends, forecasts, vulnerabilities and displacement.

Migrants may make the decision to leave their homes for a number of reasons, many of which are indirectly or directly linked to the effects of climate change, including drought, flooding, undermined livelihoods and coastal inundations. In the first three weeks of 2017, for example, 33,000 people were displaced  due to drought in central and southern Somalia. In efforts to escape failing crops and livestock, extreme heat and competition over the little remaining resources, individuals chose to cross regional and international borders to evade poverty and search for better lives for their families. … The Syrian refugee crisis, driven primarily by the country’s ongoing civil war, has been exacerbated by changes in the local climate. Prior to the outbreak of the war, Syria suffered  an extreme drought from 2006 to 2011, a drought that was, in part, attributed to climate change. This extreme weather event displaced more than 2 million people throughout the country, most of whom moved from rural areas into the country’s cities.

In Chapter 8, “Environmental Destruction During War,” Charles Clossman, associate professor of history at the University of North Florida, cites a number of examples of the effects of war, including this excerpt:

The American Civil War (1861-1865) represents a notable example of the power that one modern state had to wage war on the environment. A full year before GEneral William Tecumseh Sherman’s march through Georgia, Union troops under General Ulyses S. Grant foraged widely through the broken countryside of Mississippi in their campaign to capture the Confederate fort at Vicksburg. Grant ordered his cavalry to confiscate all corn, wheat, hogs, cattle and farm implements that could in any way support the Union Army; everything else with a military purpose he ordered destroyed.

Even though 20th-century combat inflicted massive damage to landscapes, resources and the human-created environment, the long-term effects could vary widely from location to location. It is likely that factors such as climate, soil and topography have played a role in the ability of war-torn environments to recover over time, just as it is likely that subsequent human activities have also played a role in this process. In addition, the indirect effects of providing support for modern armies have probably had more significant long-term environmental consequences for forests, oceans, farms and fields than the direct effects of combat. … With respect to the wars of the last century, one can draw hope from the fact that international agencies like the United Nations Environment Programme have begun to study the effects of war on the environment and are determined to put this issue on the agenda in the future.

Since the 1700s, human behavior has dramatically reduced natural carbon storage on the planet through agriculture, forestry and urbanization, and simultaneously  increased greenhouse gas emissions through the extensive use of fossil fuels. As a result, the atmospheric concentration of carbon dioxide has jumped by 40% since the 1700s, from 280 parts per million (ppm) to 400 ppm in 2013. This level of carbon dioxide is higher than it has been in the past 3 million years, and the average global temperature has increased as a result by approximately 0.8 degrees Celsius. In a business as usual scenario, carbon dioxide levels will exceed 450 ppm by 2040, and global warming will increase by 2.6-4.8 degrees Celsius by 2100….

There is an opportunity, especially through the United Nations, and a need, given the ways in which climate change has been linked to the conflict cycle, to focus on the prospects for integrating climate change adaptation into peacebuilding activities.

In the concluding chapter, Nizkorodov and Matthew write:

As we peer cautiously into the future, we discern many ways in which environmental change and violent conflict could reinforce each other and impact many parts of the world. The Ecological Threat Register, for example, released in 2020, argues that as many as 1.2 billion people are highly vulnerable to and could during this century be displaced by the effects of climate change. … Under current conditions, and thinking about the implications of current planetary environmental boundaries, we are comfortable concluding that an inclusive, interdisciplinary and problem-solving third wave  of environmental peacebuilding research and practice is of critical importance.

Banner image: Crops failed in 2012  because of a severe drought in Mauritania, where more than 700,000 people were affected. Photo by Pablo Tosco/Oxfam