Rethinking the origins of culture 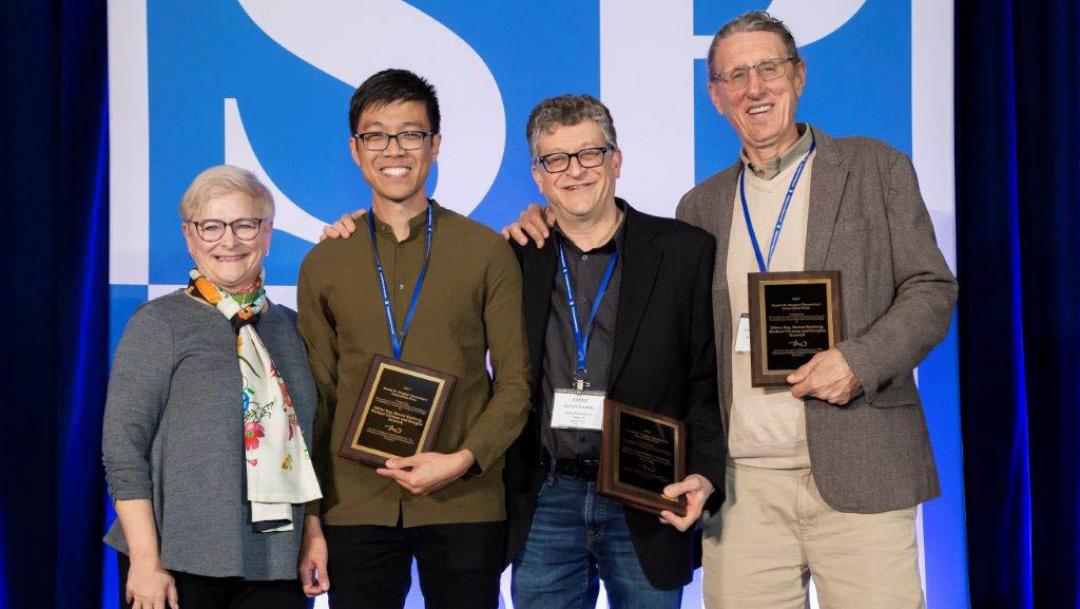 Oliver Sng, assistant professor of psychological science, has been named this year’s recipient of the Daniel M. Wegner Theoretical Innovation Prize from the Society of Personality and Social Psychology, for the paper he authored, “The behavioral ecology of cultural psychological variation,” published in Psychological Review.

The Wegner Prize recognizes the author of the article judged to provide the most innovative theoretical contribution to social/personality psychology within a given year.

“I’m really honored to receive the award, especially as a junior scholar in the field.” Sng says. “However, I see the award as less so recognition of myself as a scholar, but recognition of the perspectives and ideas we draw upon in the paper. And that is much more significant.”

Sng, who joined UCI last summer, earned his doctorate at Arizona State University, where he first developed the ideas for the paper with his graduate advisor Steven Neuberg, and co-mentors Douglas Kenrick and Michael Varnum, who are co-authors on the paper.

“The paper really tries to integrate thinking about how environments, or ecologies, shape non-human animal behavior and how that might apply to thinking about cultural similarities and differences. And, well, we are in the School of Social Ecology, so what else are we going to think about besides ecology?” says Sng, with a laugh.

As an undergraduate, he spent a couple of years in Singapore tracking and studying populations of long-tailed macaques in their natural forest habitats.

“That experience deeply changed the way I think.” Sng says. “I realized that animals are incredibly complex, and they react in predictable ways to the environments around them. The question then is: do we as humans also react to our environment in similar ways?”

In some of his prior work, Sng has drawn upon phenotypic plasticity to examine how population densities might shape social behavior, finding that people who live in environments with high densities seem to marry and have children later in life, have fewer children, and plan for the future more, amongst other traits.

“The idea is that when you are living in a dense environment, there is usually more competition for resources,” Sng says. “If you have lots of offspring, you have to split up your resources among your children, and they may individually end up not being very competitive. Conversely, having fewer children will allow you to focus your resources on those fewer children, which can help them become more competitive within a dense environment.”

In the award-winning paper, Sng and his co-authors broaden the scope beyond population density, to outline how other environmental factors, such as mortality, disease, resources, and relatedness — whether people are surrounded by family members or not — might shape social behavior.

Sng brings up a classic animal study on ground squirrels. Ground squirrels engage in a behavior called an alarm call, where individual squirrels make a sound when spotting a predator to warn other squirrels to take cover.

“If you think about it, that’s really quite dangerous,” he says. “You make an alarm call and a predator is like, ‘Oh, there you are,’ and it comes after you. Why do squirrels do that? With the alarm call, they are going to get attacked by the predator, and they are more likely to be killed. Over time, you should see this behavior disappear. As it turns out, squirrels alarm call only in certain situations. In particular, they do so when they are surrounded by family relatives. In such an ecology, if I am a ground squirrel, alarm calling makes sense because even if I die, I save my family. My genes are passed down in my family, so over time this kind of behavior can persist.”

Similarly, the psychologists in their paper point to the 2011 Fukushima nuclear disaster in Japan, where plant workers remained to figure out how to prevent the reactor from completely collapsing, even though staying amounted to likely death.

“We can say this happens because Japan has a collectivistic culture, where individuals often prioritize the interests of the group before the self. But then why does Japan have a collectivistic culture in the first place?” Sng asks rhetorically. “One possibility is that people in Japan often live surrounded by family members. People grow up living around their parents and close relatives. Living in such environments shapes our psychology in the same way as ground squirrels who are surrounded by their relatives are more likely to put themselves at risk for their group.”

The take-home message here is that “our psychology is highly flexible. We change our behaviors in adaptive ways depending on the environments we live in. And because different societies and cultural groups live in different environments, plasticity can ultimately drive cultural differences in psychology and behavior,” Sng says.