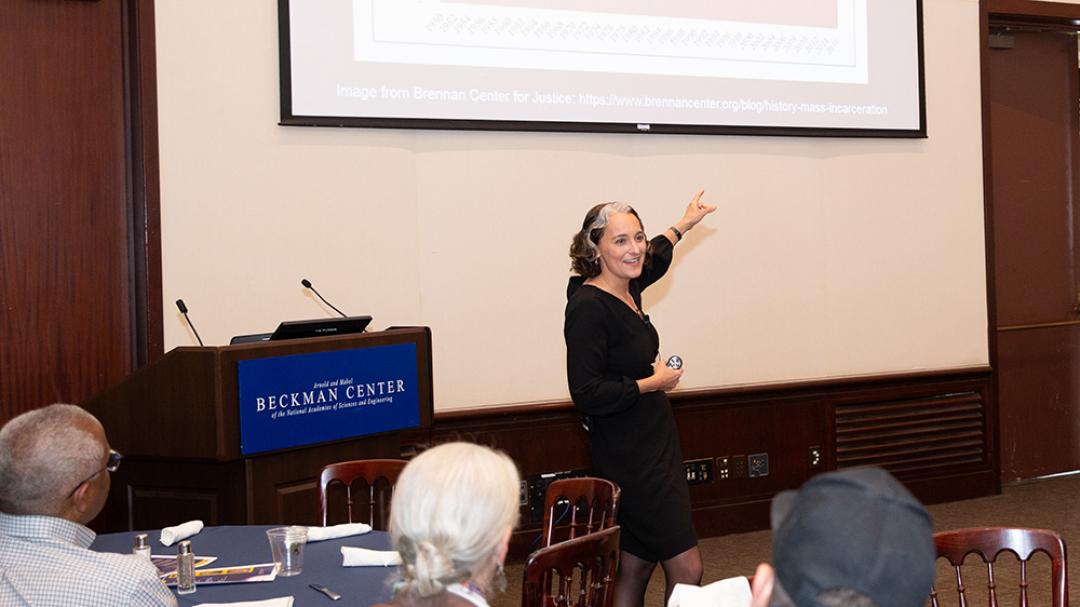 The associate professor of criminology, law and society informed the audience about prison conditions, sentencing laws and programming opportunities for prisoners and what’s been changing. Key takeaways:

“How we treat prisoners matters,” she said. “Every month, about 100 people are released directly from solitary confinement into the streets in California. That’s why prison conditions matter. These people come home and they become your neighbors. Imagine what it’s like to spend 10 or 15 years alone with no human contact and a flourescent light on all the time inside a concrete and steel box and then imagine leaving and going onto the busy streets of San Francisco or Los Angeles…. People are coming home and if they come home really traumatized, it’s really hard to reintegrate.”

Watch Reiter’s Daybreak Dialogues talk below or on YouTube.

Daybreak Dialogues is part of the School of Social Ecology’s Changemakers’ program.