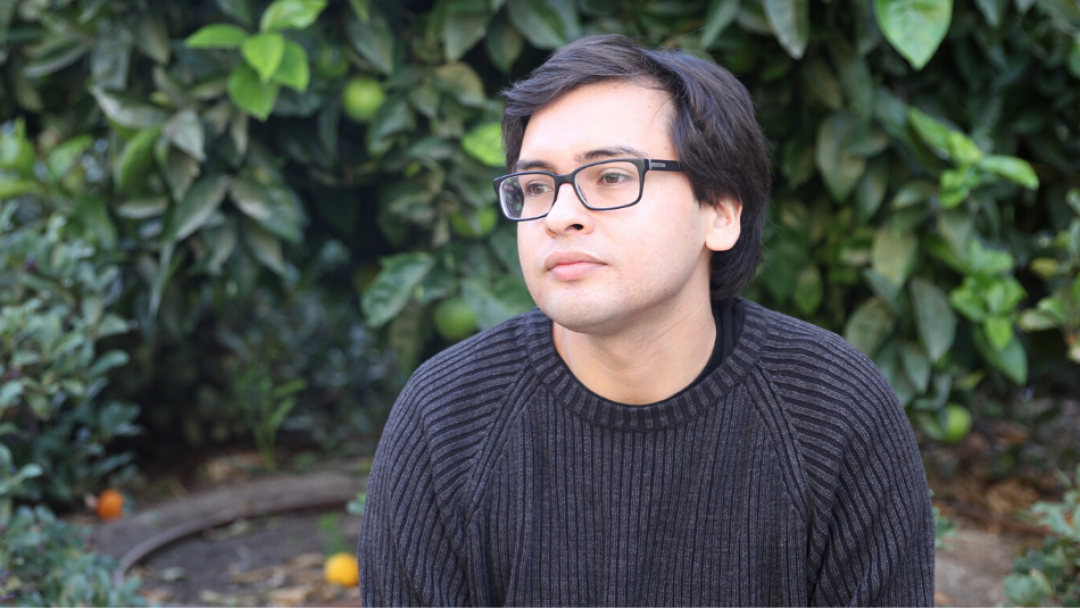 When Christopher Contreras was a first-year Ph.D. student, he came across a journal, featuring research on drugs and crime.

“It was so interesting to me that I started thinking about how neighborhoods matter in studying drugs and crime and how to apply criminological theory to a public health phenomenon, which is drug abuse,” Contreras recalls.

He now is studying the effects of drug abuse, drug activity and violent crime in the suburbs of Miami-Dade County, Florida. It’s the topic of his dissertation, and it landed him a 2019 American Society of Criminology’s Ruth D. Peterson Fellowship for Racial and Ethnic Diversity. The fellowship annually recognizes three graduate minority students, based on outstanding accomplishments and promise for future contributions to criminology.

Contreras, who received his bachelor’s degree in criminology, law and society from UCI in 2012 and a master’s degree in criminal justice from Cal State Long Beach in 2014, accepted the fellowship at ASC’s annual conference in San Francisco last month. It comes with a $6,000 award that he plans to use on research-related expenses.

Contreras says he chose UCI for his doctoral degree in criminology, law and society because of the School of Social Ecology’s emphasis on interdisciplinary research.

“Here, I can cross collaborate with people in different departments and I’m constantly stimulated by other ways to look at the world,” he says, adding that his professor, John R. Hipp and Elliott P. Currie, have been outstanding mentors.

They’ve made Contreras think deeply about what he really wants in life.

“I definitely want to be in a position where I am interacting with students. I want to be in the classroom, getting students to think critically about big issues like why the United States has such a high level of violence, its economic development notwithstanding,” Contreras says.

“I've known Chris since he was an undergraduate, and what has always stood out for me is how passionate he is about the work of criminology,” Currie says about Contreras. “I've known very few students, at any level, who are so engaged with the ideas and methods in our field — or who takes them more seriously.”

“As a member of the Irvine Laboratory for the Study of Space and Crime (ILSSC), Chris has gained sophisticated spatial data and statistical skills that make him a cutting-edge researcher,” Hipp says. “Chris has parlayed these skills into a sole-authored paper on the longitudinal relationship between cannibis establishments and nearby crime, and another lead-authored paper on drug crimes in the Miami-Dade area, two high quality papers published in a top journal in the field of criminology. Chris has a very bright future ahead of him as a scholar who will have a strong impact on the field of criminology.”

In his Justice Quarterly paper, “Drugs, Crime, Space, and Time: A Spatiotemporal Examination of Drug Activity and Crime Rates,” co-authored with Hipp, they argue that that drug activity may have a short-term, monthly impact on acquisitive crime and assaultive violence rates. An excerpt:

Drug law and policy warrants discussion. Although the societal costs of illicit drugs for the 2007 US fiscal year totaled up to $193 billion (National Drug Intelligence Center, 2011), criminal justice costs accounted for almost a third (i.e. $56 billion) of that total. In Miami-Dade County, overdose deaths related to heroin increased dramatically over a one-year period—from 42 in 2014 to 80 in 2015—due largely to the fact that “the drug is now often laced with the powerful opioid, fentanyl” (Hall, 2016, para. 2). Thus, fentanyl laced heroin has contributed to a spike in heroin overdoses in Miami-Dade County over a rather short period of time (Bode, Singh, Andrews, Kapur, & Baez, 2017). As a consequence, the Miami-Dade Police Department, like other police departments across the United States, has responded to the skyrocketing heroin epidemic and increased public pressure to target heroin and fentanyl by ramping up drug law enforcement efforts. On December 13, 2016, the Miami-Dade Police Department, with the help of the US Drug Enforcement Administration, carried out a series of raids—which they dubbed “Operation Dragon Slayer”—that took a year of investigative work, netting 16 arrests (Stanwood, Milberg, & Torres, 2016). Less than a year after those raids, on June 14, 2017, the Miami-Dade Police Department carried out another series of raids—this time dubbed “Operation Dragon Slayer II”—making 12 arrests. After this second set of drug raids, Lieutenant Christopher Casino, a Miami-Dade Police officer, said the following to news reporters: “Targeting the addict is not going to fix the problem. We need to get the people off the street that are supplying this poison” (Jorgenson & Shore, 2017, para. 5). Lieutenant Casino went on to say that the Narcotics Bureau of the Miami-Dade Police Department will continue to do these types of operations.

However, a criminal justice response to the heroin epidemic is a flawed strategy, not a failed one. A failed criminal justice strategy implies that pouring more resources into the justice system will eventually resolve the drug problem (Skolnick, 1992). Yet, such a strategy is in fact flawed: for as long as there is an unyielding demand for heroin, it seems implausible that ratcheting up drug law enforcement efforts through more arrests will stop the heroin epidemic (Bertram, Blachman, Sharpe, & Andreas, 1996). Another drug war—this time, one that targets street heroin (Lopez, 2017)—may not only fail in defeating the heroin epidemic, but it may also succeed in exacerbating the drugs-crime nexus. Whereas ramped up drug law enforcement efforts may contribute to systemic violence through the disruption of retail markets, economic-compulsive crime committed by heroin users may increase if policy makers neglect the need to address the growing demand for opioids (Goldstein, 1985).