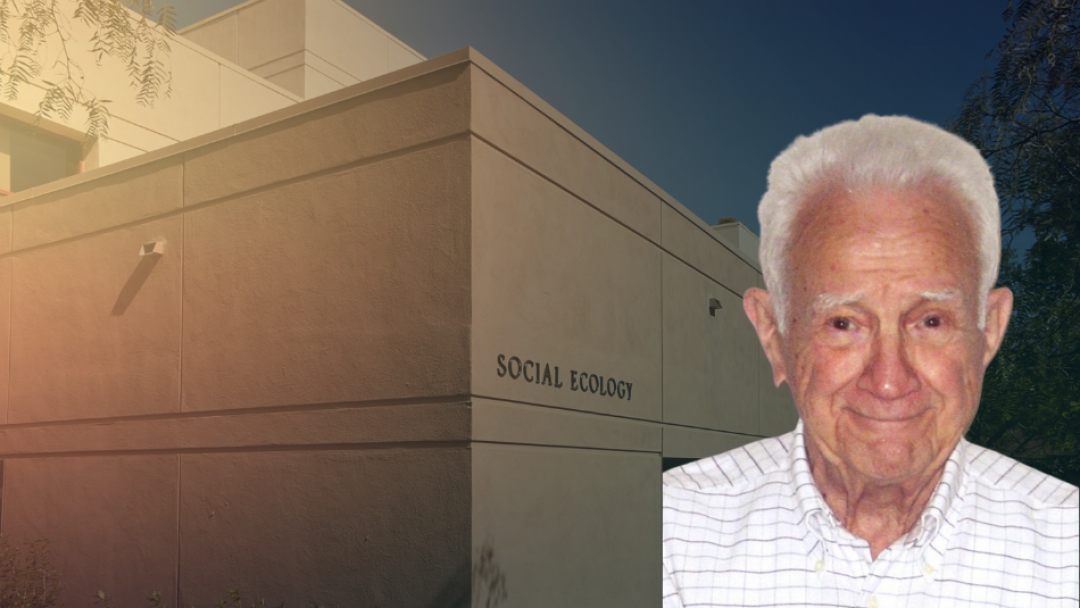 Arnold Binder, professor emeritus of criminology, law and society and founder of the school’s social ecology program, died Oct. 2. He was 97. 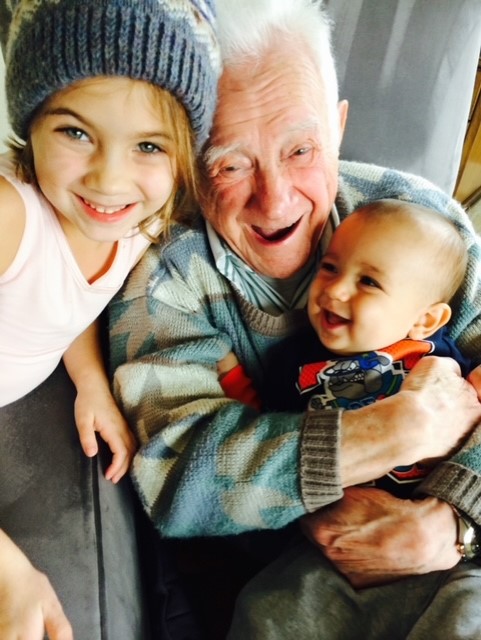 “Professor Binder had such a profoundly positive influence on so many of us over so many years,” said Chancellor’s Professor Emeritus Daniel Stokols, former dean of the School of Social Ecology. “His legacy of academic innovation and community service is renowned and admired by colleagues around the world. I was fortunate to come from graduate school to UCI to join the interdisciplinary Program in Social Ecology that Professor Binder created, and to be able to work closely with him and our colleagues as this highly novel Program became a School on the Irvine Campus. Arnie will always be remembered for his innovative contributions to higher education and community-based research. He will be sorely missed.”

As the first director of the Social Ecology program, he oversaw its growth. It started with a B.A. in 1970. A master’s degree was added in 1973 and a Ph.D. in 1975. Binder founded the program “for the purpose of providing direct interaction between the intellectual life of the university and the recurring problems of the social and physical environment,” according to Stokols’ book “Social Ecology in the Digital Age.”

Even before the program was created, Binder outlined a roadmap for it, including a requirement that each undergraduate student participate in public service through a field study course.

“Were it not for Arnie Binder, UCI would never have had Social Ecology,” Schonfeld said. “Helped at first only by an undergraduate student, John Monson, he made contact with a series of social agencies in Orange County and got them to agree to have UCI students as interns. Then, he spread the word on campus about this work study opportunity, which became a hallmark of Social Ecology and rapidly created enormous student demand for it. … Binder hired a set of first-rate scholars including senior faculty like Gilbert Geis and freshly minted Ph.D.s including Dan Stokols and Ray Catalano. In turn, the foundation for what was to become the School of Social Ecology was set, and there was no turning back."

In 1972, Binder founded and initially led the Youth Service Program (later Community Service Programs and now Waymakers), an intervention project providing counseling, housing and other services for delinquent youth and their families.

In 1992, the UC Regents recognized Social Ecology as a school at UCI. Binder was named the first chair of criminology, law and society. He also served as interim dean of the School of Social Ecology during the 1998-99 academic year.

Administrative roles aside, Binder is known for his work on juvenile delinquency. He wrote several books, including “Juvenile Delinquency: Historical, Cultural, Legal Perspectives.”

He also researched hate crimes and the use of deadly force by police.

Binder, who was a Fulbright Scholar in Ireland during the 1974-75 academic year, was awarded nearly $2 million in grants over a 30-year period for his research. His other honors included being named “Headliner of the Year” by the Orange County Press Club in 1977, being the recipient of the Western Society of Criminology President’s Award in 1985 and the Governor’s Award for contributions in victimology in 1986.

Since 2003, the Criminology, Law and Society Department has awarded an annual $500 Arnie Binder scholarship to one or more doctoral students in recognition of outstanding service contributions. The award is funded by the sales of the book, “Contemporary Issues in Crime and Criminal Justice” (Prentice Hall, 2001).

“By founding the Social Ecology program, Arnie Binder created an intellectual space for bringing together diverse scholars to tackle society’s biggest challenges, decades before this was mainstream in academia. His great legacy lives on at UCI, as scholars in Social Ecology continue to work across disciplines on major social challenges to improve life conditions for those near and far,” said Social Ecology Interim Dean Mona Lynch.

Binder’s daughter Jen Capasso said UCI held a special place in her father’s heart. “We are so proud of the legacy he has left and the lives he positively impacted at UCI and through Waymakers. We hope that his memory and impact will continue into the future.”

She added that Binder loved travel, meals, and wine with his family. “We all miss him beyond words.”

Binder is survived by his wife of 51 years Virginia; children Andrea, Jeff and Jennifer; and grandchildren Julia, Clare, Elliott and Damien, a freshman at UCI.

No memorial services are planned, but notes may be sent to: Virginia Binder, 100 Timber Ridge Way NW, Unit 620, Issaquah, WA 98027. Donations in Binder’s honor may be made to Waymakers or Carry the Future, an organization Capasso leads that helps refugees.