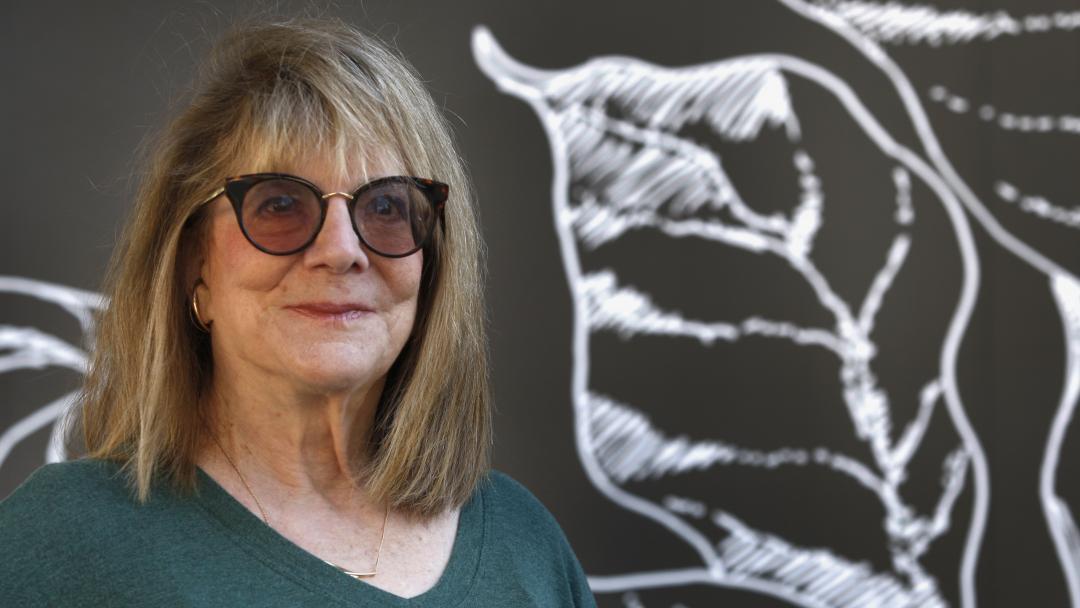 The fog of memory meets a cannabis cloud in the latest published research by Elizabeth F. Loftus, distinguished professor of psychological science and criminology, law and society.

Loftus is a co-author of “Cannabis increases susceptibility to false memory,” which Proceedings of the National Academy of Sciences of the United States of America (PNAS) published this month. Professor Lilian Kloft of Maastrict University in The Netherlands is the lead author, and the other co-authors are psychology and neuroscience colleagues Henry Otgaar, Arjan Blokland and Johannes G. Ramaekers, as well as medicine and health Professor Lauren A. Monds of the University of Sydney in Australia and forensic toxicology Professor Stefan W. Toennes of Goethe University in Frankfurt, Germany.

“The collaborators in the Netherlands have been very interested in cannabis … just because it’s so common and it’s going to be even more common,” says Loftus when asked what sparked the research into marijuana and memory. “The Dutch scientists were more into the weeds on the pharmacological aspect. I’m experienced on the misinformation effect.”

The study found that those who took just one hit of weed doubled their number of false memories compared to those who puffed on a placebo. A false memory is a recollection of something that didn’t occur or is different from what actually happened, often because someone else suggested a falsehood.

“We are all prone to the formation of false memories, independent of cannabis use,” Ramaekers recently told CNN.  “The susceptibility for false memory, however, increases with cannabis. Under cannabis, users can easily accept fake truths for true memory.”

This is important, Loftus says, “from the point of view of someone who studies memory and false memories. It educates scientists about an additional factor that is able to lead to the false memory effect. There are also practical implications for the police and others who do investigations of crimes and accidents and are confronted by people possibly under the influence of cannabis.”

Imagine: A loyal customer who just lit up is likely the worst witness to the armed robbery of his favorite cannabis dispensary shop.

“It pretty much says in the paper that you just have to be extra careful when people are intoxicated or wait awhile until they are not,” Loftus says of those interviewing subjects high on pot. “The tricky thing is, as time passes, memory fades. You’d like [a person being questioned to] be sober, but you don’t want memory to fade. Cannabis is not good for memory. If you are dealing with someone somewhat intoxicated, you have to treat them extra carefully. It’s like the law says about dealing with children: You need to take extra precautions.”

The study partly relied on the Deese-Roediger-McDermott (DRM) paradigm, where willing participants were told words associated with something not mentioned (known as a “lure”) and then instructed to recall those words. False memories, which are produced if lures are recited back by subjects, increased among cannabis users. They scored about the same as placebo users when it came to true memories, however.

Other components of the study relied on virtual reality, with subjects wearing VR goggles that made it seem as if they were watching a fight (known as the “eyewitness scenario”) and stealing (the “perpetrator scenario”). “Virtual reality is a whole lot more immersive than a film,” says Loftus, who employed the latter in some of her earlier false memory research. “Virtual reality gives you a better feeling, it feels richer, you are more immersed.”

In the five-minute eyewitness scenario, the subject sat with other passengers on a train stopped at a station. Through a window, one could see a man fighting on the platform with two other males, one of whom was a police officer and the other a security guard. Another passenger on the train talks loudly about a police dog on the platform, which turns out to be false information. Questioned about what they saw about a half hour afterward, “those who had cannabis as opposed to the placebo fell for the suggested [false] information more on the immediate test,” Loftus says. That’s right: They remembered a police dog they never actually saw.

In the perpetrator scenario, those in the VR goggles were students in a bar where other patrons were playing a game. The student’s avatar, in desperate need of rent money, was instructed to steal a purse dangling from a chair when the game players rose to cheer. That scenario “kind of relates to confessions,” Loftus says. “There’s a problem with suspects confessing and remembering something from actually perpetrating the act. That’s part of the reason we wanted to have two different scenarios, to see if the results were different depending on one’s role in the scenario.”

However, when questioned about both scenarios a week later, after they had sobered up, cannabis users were influenced by false information at about the same rate as the placebo takers, whose memory worsened. That did not surprise Loftus. “You can get significant decay over a week,” she says of everyone’s memory, impaired or sober. “What can be critical details in understanding an event can fade substantially in a week.”

Given her many years of work in false memory research, Loftus also was not surprised that cannabis produces false memories, “because I have known of so many studies where alcohol can also lead to increased susceptibility to suggested information. If anything, I suppose what was a little surprising was the true memories looked similar for cannabis and placebo users in the eyewitness and perpetrator scenarios.”

Supplementary information on the research is available online.