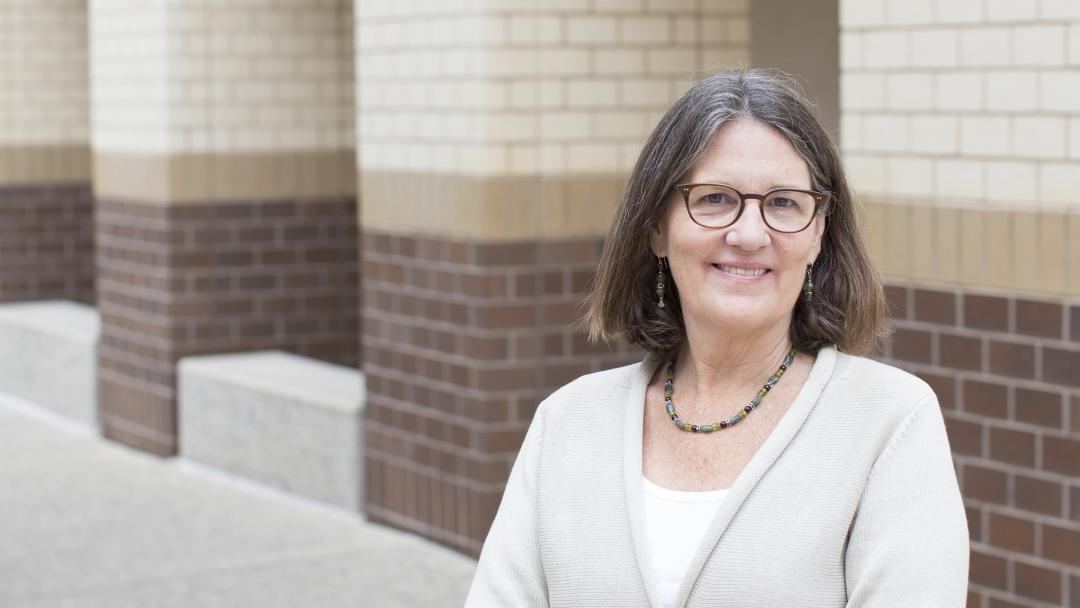 Mona Lynch, chair of Criminology, Law & Society, has been awarded the title of Chancellor’s Professor.

The title recognizes scholars who have demonstrated academic merit and whose continued promise for scholarly achievement makes them of exceptional value to the university.

“The vibrant and generous intellectual community at Irvine has been vital to my development as a scholar. I am so honored to receive this recognition, and humbled to join the group of amazing Chancellor’s Professors at UCI,” Lynch said.

In their nomination letter, Chancellor’s Professor Michael R. Gottfredson and Distinguished Professor Valerie Jenness, wrote: “Professor Lynch is nationally regarded as a scholar who has made fundamental and transformative contributions to the interdisciplinary fields of criminology and law and society as well as the disciplines of sociology and psychology.”

Her book, “Hard Bargains: The Coercive Power of Drug Laws in Federal Court” was awarded the 2017 Michael J. Hindelang Award by the American Society of Criminology. Her previous book, “Sunbelt Justice: Arizona and the Transformation of American Punishment” won the 2010 National Council on Crime & Delinquency PASS Award in Literature.

In “Hard Bargains,” Lynch explores the influence of prosecutors in the administration of justice, the racially discriminatory consequences of federal drug laws, and the extent that these combined forces have fueled mass incarceration in the U.S.

The study, Gottfredson and Jenness point out, “exemplifies Lynch’s rigorous, multi-method approach to scholarship: incorporating rich qualitative interviews with legal actors; extended ethnographic observations of federal courts in three districts; and complex quantitative analyses, using institutional data compiled from multiple sources, of macro-level trends in race and sentencing processes. The study is so compelling that it has become a central text in the contemporary focus on the unfettered discretion of prosecutors in our system of justice. … Lynch further disrupts taken-for-granted assumptions about the homogeneity of punishment across the United States. In sum, the ground-breaking work advanced understanding of discretion, racialized justice, procedural irregularities, and punishment and society more broadly. It is, quite simply, a tour de force piece of original scholarship.”

Professors Gottfredson and Jenness characterize Lynch’s contributions as “transformative in areas central to justice studies and criminology ranging from mass incarceration, racial inequality, capital punishment, jury dynamics, corrections, and how decisions are made in the justice system.”

Professor Lynch’s research has been supported by multiple grants and fellowships from the National Science Foundation, the National Institute of Justice, and the Russell Sage Foundation. She was selected in 2017 as a National Institute of Justice W.E.B. Du Bois Scholar, and she received the Stanton Wheeler award for outstanding mentorship from the Law & Society Association in 2016.