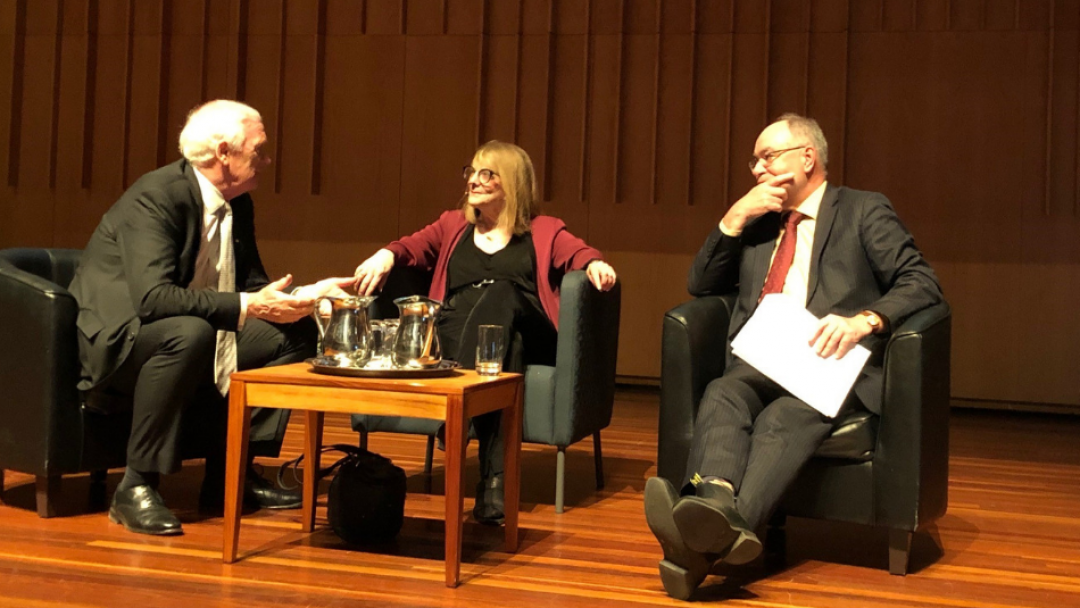 For her pioneering research on the science of human memory, Elizabeth F. Loftus, distinguished professor of psychological science and criminology, law and society, has been honored with the Lifetime Achievement Award for Psychology from Australian National University.

Loftus is the first recipient of the award. In announcing the award, ANU posted:

“Professor Loftus was presented with the inaugural Lifetime Achievement Award from the Research School of Psychology to recognise her extraordinary career. Spanning nearly 50 years, Professor Loftus has written 23 books and published over 500 scientific articles on the malleability of human memory, eyewitness testimony, and courtroom procedure. She has been awarded many of the highest honours in the field of psychological science and has been elected president of the major international associations in psychology, including the Association for Psychological Science, the American Psychology-Law Society, and the Experimental Psychology division of the American Psychological Association. In broader recognition of her research, Loftus has also been elected to prestigious societies around the world, including the National Academy of Sciences, the Royal Society of Edinburgh, and the American Philosophical Society.”

The award, Loftus says, “was especially meaningful for me because it’s from a university where one of my former students, Eryn Newman, is now on the faculty.”

Loftus, who also has faculty appointments with UCI’s School of Law and in the Department of Cognitive Sciences, and is a fellow of the Center for the Neurobiology of Learning and Memory, was the founding director of the Center for Psychology and Law.

She received her undergraduate degree in mathematics and psychology from UCLA, and her Ph.D. in psychology from Stanford University. She also has six honorary doctorates for her research from universities in the United States, The Netherlands, Great Britain, Israel and Norway.

Her other honors and awards are numerous. The following is a partial list:

Loftus has been an expert witness or consultant in hundreds of court cases, including the noted McMartin preschool molestation case, the Hillside strangler and Abscam cases, the trial of Oliver North, the trial of the officers accused in the Rodney King beating, the Menendez brothers, the Bosnian War trials in the Hague, the Oklahoma bombing case, and litigation involving Michael Jackson, Martha Stewart, Scooter Libby and the Duke University lacrosse players.

As part of her latest award, Loftus delivered a lecture on the fiction of memory at Australian National University.

In her lecture, she talked about numerous studies in which people have been led to believe and remember things that never happened. Loftus said it was the first audience with whom she discussed false memories that were planted in the minds of Irish voters in conjunction with a major 2018 referendum in that country.

That research, a collaboration between several psychologists at UCI and two in Ireland, was published this month in Psychological Science. It concluded that voters may form false memories after seeing fabricated news stories, especially if those stories align with their political beliefs. Though conducted in the week preceding the 2018 referendum on legalizing abortion in Ireland, the research suggest that fake news is likely to have similar effects in other political contexts, including the U.S. presidential race in 2020.

“People will act on their fake memories, and it is often hard to convince them that fake news is fake,” Loftus says. “With the growing ability to make news incredibly convincing, how are we going to help people avoid being misled? It’s a problem that psychological scientists may be uniquely qualified to work on.”