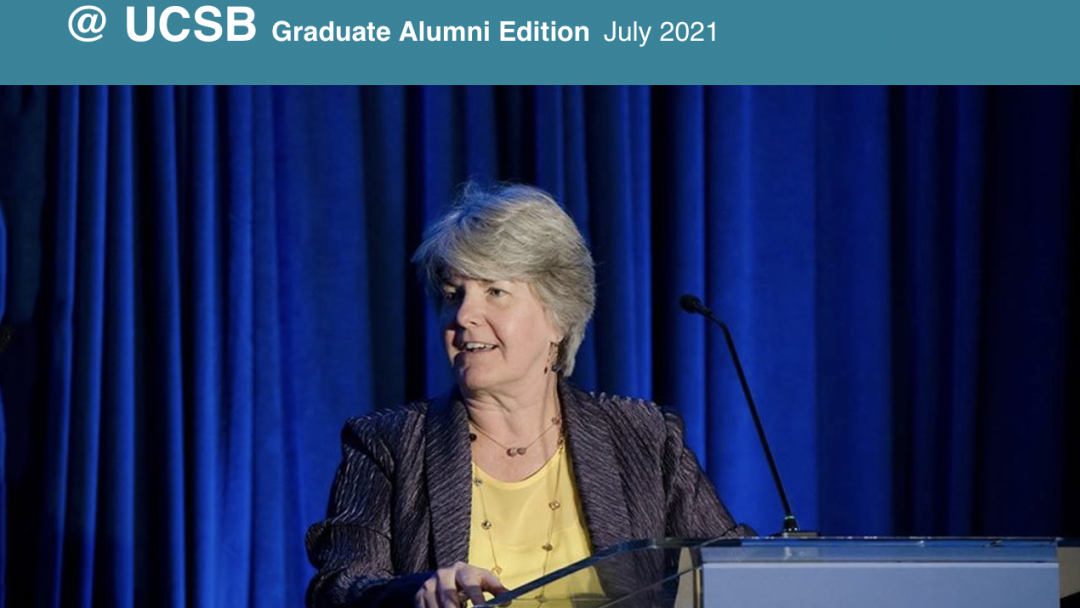 In this Alumni Spotlight Q&A, Dr. Jenness shares how she initially chose UCSB for graduate school, her current project that enables incarcerated individuals to earn a bachelors degree, and why some of the best sociologists are disguised as comedians.

What drew you originally to UC Santa Barbara to pursue a Ph.D. in Sociology?

I lived in California earlier in my life, out in the Mojave desert — in Rosamond and Palmdale —the sorts of small Western towns that many people have never heard of. From there, I moved to Washington state and, for many reasons, wanted to come back to California. For me, the draw was to the Golden State more than a particular UC campus. So the question became “which UC school?” I recall that when it came time to apply to graduate schools, I needed to take a look. I knew very little about graduate school, other than from various folks — including an undergraduate professor of mine — who encouraged me to go to graduate school. I was coming from a regional state school in Washington and I didn't have the kind of cultural capital that bestows all the things you probably should think about when choosing a grad school.

I literally drove down the state and stopped at all of the UC schools, from north to south, I just pulled into each campus and walked around, probably believing that I had some way of systematically assessing what campus would be best. Each UC campus is, of course, impressive. When I came to UC Santa Barbara, it struck me as a beautiful campus, with the mountains and the ocean surrounding it. I liked that it was close to LA, but not in LA. I liked the feel of the campus. And there was a very famous criminologist in the Sociology department at the time by the name of Donald Cressey. And I thought that was pretty cool. I had read a textbook by him as an undergraduate and thought “Oh, Donald Cressey is here”. Not that I knew what it meant to work with somebody famous like him. Not that he had agreed to work with me. As I look back on it, I didn’t have a clue about how to think about faculty and how to work with them as a graduate student.

After my “grand tour” I did a little research and learned that the Sociology department was (and is) nationally ranked. I can't remember the specifics of the rankings. But I knew it enjoyed a really wonderful reputation—and it still does! But so too did a lot of the other Sociology departments in the UC, so I don't know if that was dispositive. I don't recall meeting people and having any profound moments when I visited the place. I just walked around the campus and thought, well, this would be a good place to live. It was also a good place to have lunch. I recall a wonderful place called “Freebirds” — with great burritos — in Isla Vista.

The entire article is available online.