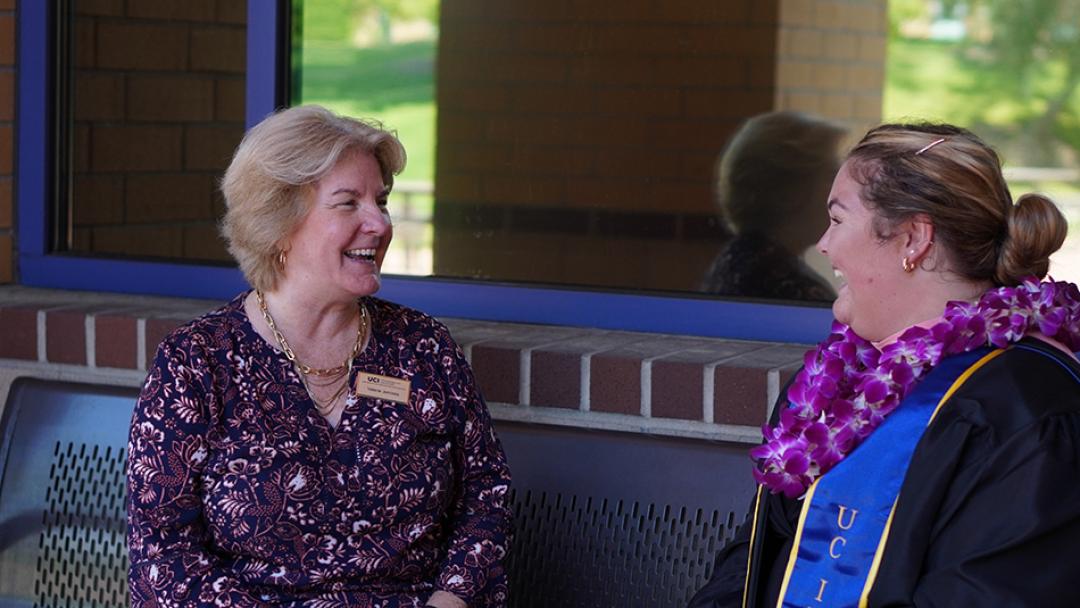 Valerie Jenness, distinguished professor of criminology, law and society, is the recipient of the 2022 Peterson-Krivo Mentoring Award, which is bestowed by the American Sociological Association's Section on Crime, Law and Deviance and its Section on the Sociology of Law.

The award was established to recognize the sustained and innovative work of a distinguished faculty member in the mentorship of undergraduate students, graduate students, and junior scholars in the field. One award recipient is selected every two years through a competitive nomination process.

“Recognition of this sort reminds me that good teaching and mentoring is a collective endeavor because it takes a village to do well,” she says. “In my case, UCI in general and the Department of Criminology, Law and Society in particular has provided the kind of support required to serve our students in ways that hopefully live up to the lofty promises of the University of California. Also, the first name in the name of the award refers to Ruth Peterson, professor emerita at the Ohio State University and someone I know, have worked with, respect, and adore. So, having my name attached to her name in this way is very moving on a personal level.”

Peterson is a sociologist and criminologist known for her work on racial and ethnic inequality and crime.

In selecting Jenness for the honor, the award committee noted: “It is evident that the importance of mentoring has been foundational since the beginning of Dr. Jenness’ career and remained integral for over three decades. As a teacher, mentor, and administrator, she has contributed to teaching, learning, and mentoring on multiple fronts and in ways that have enabled her and others to effectively deliver on higher education’s commitment to serve students in ways that transform their lives and, by extension, our local, national, and global communities.”

Jenness, former dean of the School of Social Ecology, has focused her research on prostitution, hate crime, and prison violence and grievances to explore the links between deviance and social control, the politics of crime control, social movements and social change, and corrections and public policy. She is the author of four books: