How to combat human trafficking 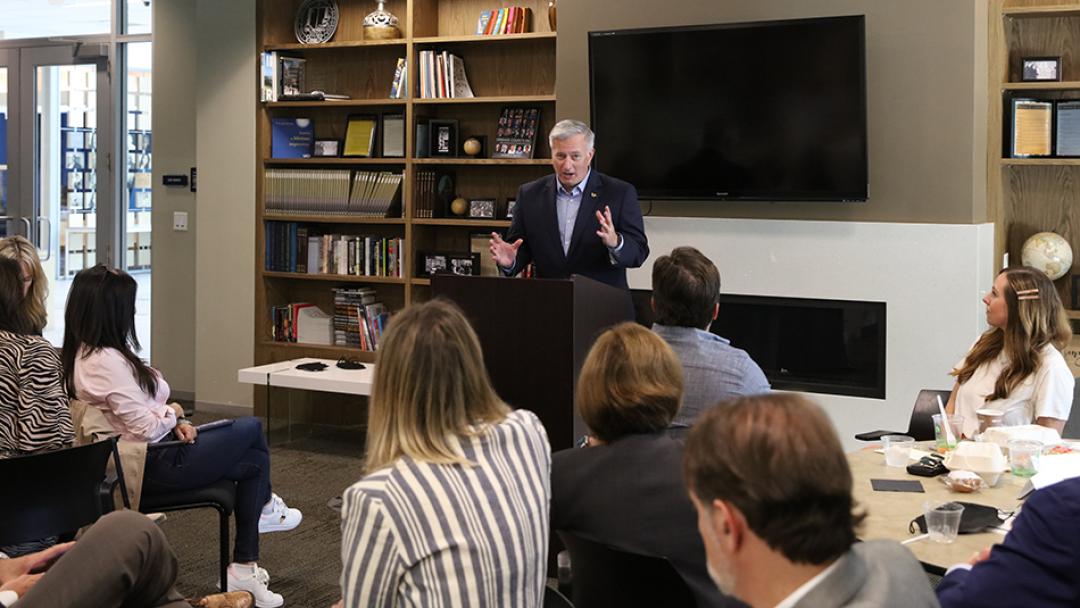 “It’s a great time to be alive,” Richmond told the gathering of appreciative UCI scholars, community philanthropists and anti-human trafficking advocates. “We have more information now than we ever had before. We have lots of experiences and best practice about what works and what doesn’t. We’ve got money and resources like we’ve never had before. We just need a focus in applying it. When we do that, I think we’re going to see a big change.”

The appearance by Richmond, who served in the nation’s highest-ranking position dedicated to combatting human trafficking from 2018 to 2021, was organized by UCI’s Blum Center for Poverty Alleviation, doctoral student Kelsey Morgan, postdoctoral scholar Angela Robinson and faculty director Richard Matthew, professor of urban planning and public policy as well as political science. 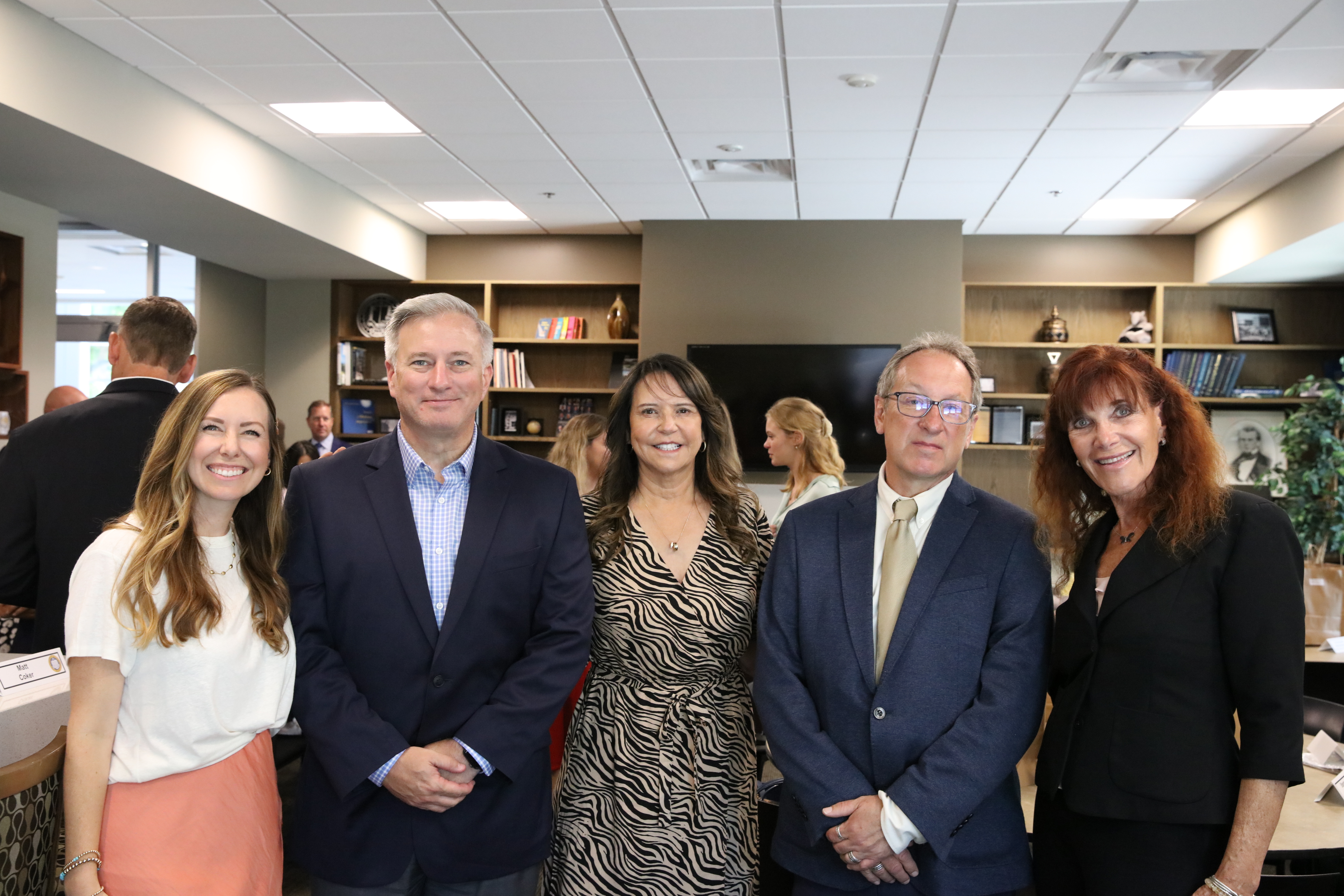 Ambassador Richmond, who is now a partner at Dentons, the world’s largest law firm, where he advises companies on how to keep their supply chains free of forced labor and their workforces free of sex trafficking, admitted that it can be discouraging seeing human traffickers operate around the world with impunity and the law enforcement focus on human trafficking disappearing, as it has recently at the FBI and in the County of Orange. But Richmond offered a ray of light to those researching, funding and working to end human trafficking.

The antislavery movement that began in 1830, the women’s suffrage movement that started in the mid-1800s and the civil rights movement of the 1960s were “factional” and only advanced their causes when they put internal differences aside, Richmond noted.

“You needed the friction between them in order to create the momentum that will propel them forward,” he said. “So, they were small groups—most of these movements never had more than a few hundred people that were committed. And they created massive, massive change. . . . Maybe we don’t need to all sing in unison, but we can sing in harmony.”

It is wrong to look at government to provide the solutions, Richmond said, as politicians only act when they are pushed by the people informed and enraged by the social movements. And yes, the fact that he was saying that as a former government official was not lost on him.

Another thing Richmond has noticed about social movements is that they have been backed by research, going back to abolitionist and statesman Frederick Douglas.

“The more research we have, the more data we have, the more we’re going to be able to drive both philanthropy and governments to change,” said Richmond, who at the same time mentioned he has problems with the way money is distributed to nonprofits and research institutions. Too much focus is placed on following strict parameters to ensure accountability as opposed to answering this question: “Did anyone actually get helped by what is happening?”

Fulfilling accountability requirements can be burdensome for small organizations that are actually on the ground and doing the most good, he said.

As a society, Richmond said, we must make a decision: “Are we going to invest in the infrastructure of public justice and social services the way we invest in infrastructure like power, like water and other utilities, both in our country domestically and around the world?”

Ambassador Richmond believes building a social justice infrastructure can happen if the forces inside the Newkirk Alumni Center he was speaking to continue working together.

“Those of you who think that's pie-in-the sky change that can't happen, think about how fast culture has changed on cigarettes,” he said. “Just in a generation, look at how fast culture has changed on drunk driving. That didn't even require government action, it required Mothers Against Drunk Driving to make a difference. How fast did it change about the acceptance of domestic violence in the last 50 years? All these problems still exist . . . but culture has shifted. What if culture shifts on human trafficking? What if you're a part of that? If you are, I think we'll have a lot to be happy about.”

“I love the idea of social justice infrastructure,” Matthew said. “That’s really, in a sense, where politics began. Politics began by saying, ‘We want safety and justice.’ This goes back 2,500 years. What does a just society look like? How do we build that infrastructure? And it wouldn’t be right and we cannot trust the elected officials themselves to build the entire thing. We have to pressure them.” 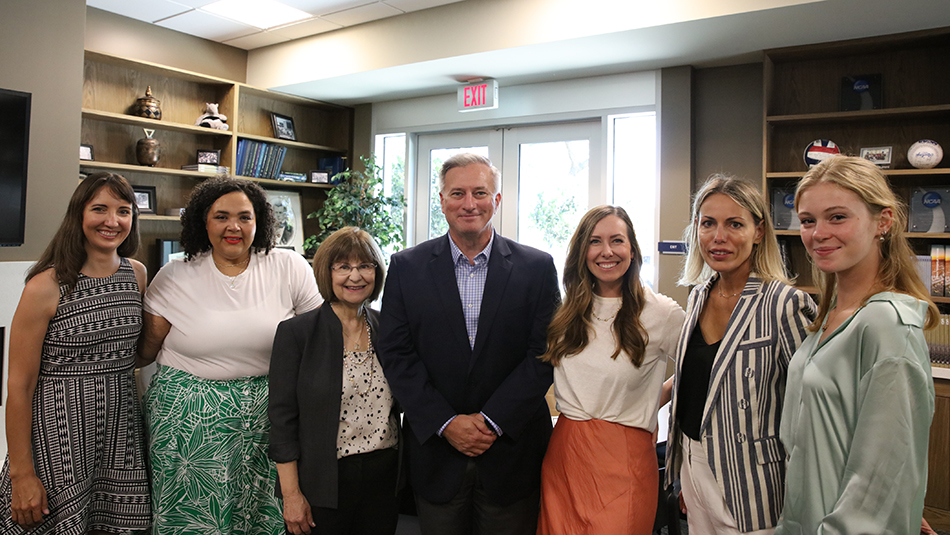