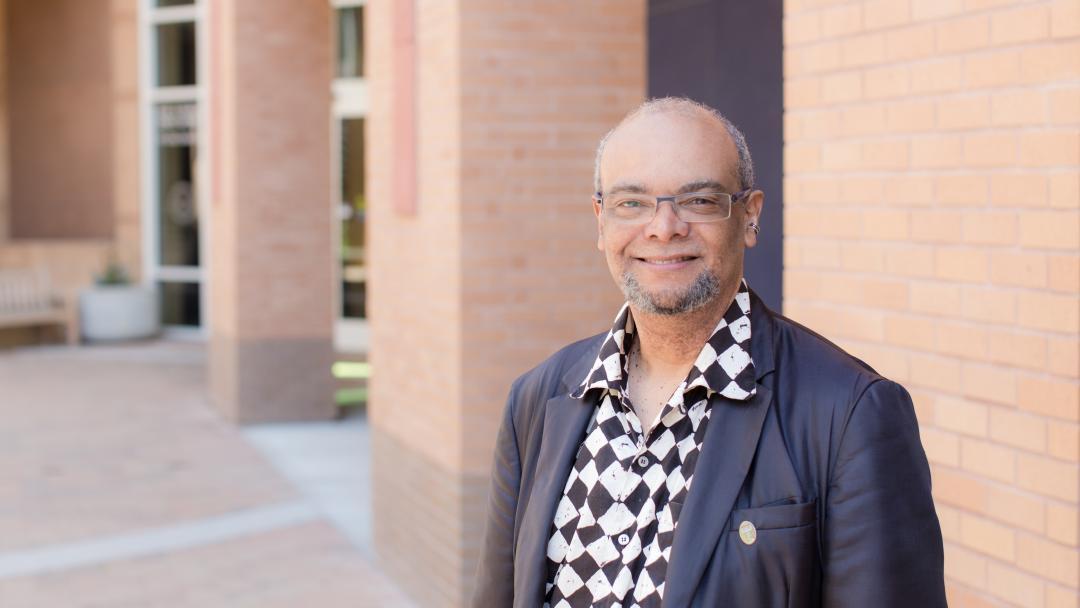 I was greatly honored to present my mentor Julian Thayer with the Society for Psychophysiological Research's highest award for Distinguished Contributions to Psychophysiology at SPR's annual meeting in Quebec City in 2018. As it was then, it is now a great challenge to capture the depth and breadth of Julian’s contributions in limited space. As such, I will try here to present some of his most noteworthy and representative accomplishments. Julian is a true Renaissance scholar; his work spans many distinct areas of psychophysiology and, equally so, its cognate fields of behavioral/psychosomatic medicine. He also has made numerous methodological contributions that have advanced not only psychophysiology but also more broadly psychology itself. As well, Julian is an accomplished jazz musician, and he is characterized by a unique blend of artistic creativity and scientific rigor that has inspired his many students and colleagues alike.

A bit of historical background helps to appreciate the evolution of Julian’s work. He was born in Brooklyn, NYC (1959); his family relocated to the relatively rural town of Milford, DE (1964). He became interested in music and started playing the double bass when only 10 years old. After graduating from Milford High School (1977), he enrolled in Boston’s noted Berklee College of Music, intending to pursue a career as a jazz bassist. His awareness of how profoundly music could emotionally affect people stimulated his interest in psychology. In particular, he was fascinated by the relationship between the temporal aspects of music and emotion. Seeking to pursue this connection more deeply, he transferred to Indiana University (IU), majoring in psychology with a minor in music. It was at IU where his path crossed with Robert Levenson (another SPR career award recipient; see Miller, 2018), a psychophysiologist with an active interest in both emotion and music. Levenson mentored Julian’s honor’s thesis, a study of the effects of music on psychophysiological responses to a stressful film. This project not only produced Julian’s first publication but also set the future course for a major theme in his research: response patterning in emotion, using multiple psychophysiological indices and laboratory‐based emotion inductions (Thayer & Levenson, 1983). I would be remiss if I didn’t also mention that Julian was a member of the original SPR Blues Band at its first performance at SPR’s annual meeting in Granada, Spain, in 1999 (see Weinberg, 2011). The group’s (fluid in membership) performances became an institution at the meeting, showcasing the surprising musical talents of some of our most renowned members.

Supported by a National Science Foundation (NSF) predoctoral fellowship, Julian went on to do graduate work at New York University (NYU) in experimental psychology/psychophysiology, with a minor in quantitative psychology. During these years (1981–1984), he further developed his skills in psychophysiological measurement and quantitative analysis, all the while maintaining his music through local performances. His conceptual perspective on emotion also emerged during this time, influenced by Darwinian/James‐Langian functionalism and basic emotion theory (e.g., Nyklíček, Thayer, & Van Doornen, 1997). It is also notable that he attended his first SPR during his first semester at NYU in 1981 (in Washington, DC), where Levenson introduced him to psychophysiologists Robert Stern and William Ray, who would later be his colleagues at Penn State University. Having completed all of his graduate work except the oral dissertation defense, he was hired at Penn State as an instructor of psychology (1984) and subsequently appointed as assistant professor of psychology (1986).

Julian’s years at Penn State were fruitful, marked by diverse accomplishments in many spheres. His burgeoning interest in research on minority issues was supported by an NIAAA First Award to study distress and alcohol use in ethnic minorities (1988–1991). Julian is also known for his extensive international associations, as reflected in his Fulbright Fellowship to collaborate with colleagues at the University of Bergen, Norway (1991). His quantitative expertise is exemplified in this period by a highly influential paper on repeated measures designs, coauthored with then graduate student Mike Vasey, which led to a publication guideline in Psychophysiology (Vasey & Thayer, 1987). But arguably the most influential development in Julian’s work in this time was his nascent interest in heart rate variability (HRV), framed in a systems theory perspective. As Julian’s first graduate student, I was intellectually captivated by this view, which saw parallels in adaptive, flexible responding across multiple levels of bio‐behavioral function. This conceptualization is a cornerstone of the nonlinear dynamics (“chaos theory”) perspective, which emerged in that era and greatly influenced Julian’s thinking (e.g., Mandell, Stewart, & Russo, 1981). In collaboration with our clinical colleague Tom Borkovec, we applied this framework to research on the psychophysiology of anxiety, work that was foundational in both of our careers (e.g., Friedman & Thayer, 1998; Friedman et al., 1993; Thayer, Friedman, & Borkovec, 1996; Thayer, Friedman, Borkovec, Johnsen, & Molina, 2000).

Julian left Penn State for an associate professorship in the Psychology Department at the University of Missouri (1993). During his years there, his work in behavioral medicine broadly expanded into realms such as depression (Thayer, Smith, Rossy, Sollers, & Friedman, 1998) and fitness (Rossy & Thayer, 1998). His research at the crossroads of personality, psychometrics, and psychophysiology, so representative of his ability to think and synthesize across boundaries, also marks this period (e.g., Jacob et al., 1999). International collaborations continued to flourish; he had two visiting professorships during this time, one at the Free University of Amsterdam (1995) and another at the University of Bergen, Norway (1998). The rapid upward trajectory of his career was recognized in his receiving the Early Career Award for Contributions to Psychosomatic Medicine from the American Psychosomatic Society (1996).

Mobility has been a hallmark of Julian’s life, leading to extensive collaborations, and perhaps has fueled his creative vision as well. In accord with this view, Julian left Missouri for the National Institute on Aging (NIA) in Baltimore, MD, where he was a Senior Investigator and Section Chief (2000–2005). During this time, he was named a Fellow of the Society for Behavioral Medicine (2003). His most prominent intellectual advance during this period was the advent of the influential Neurovisceral Integration Model, developed with Richard Lane (Thayer & Lane, 2000). The model is a broad conceptual expansion of the “autonomic flexibility” view that marked our earlier work on HRV and anxiety (e.g., Friedman & Thayer, 1998). Neurovisceral integration fuses central and autonomic levels of function in the service of adaptive responding to the environment, a perspective that significantly impacted his research over the subsequent two decades. The model incorporates a number of his key perspectives, such as the role of inhibition and nonlinear dynamics in heart‐brain interactions (Thayer & Lane, 2005, 2009). Neurovisceral integration was a progenitor of the current GUTS (Generalized Unsafety Theory of Stress) model, developed with Jos Brosschot and Bart Verkuil (Brosschot, Verkuil, & Thayer (2016a, 2016b). This theoretical perspective emphasizes the deleterious effects of worry and preservative cognition on health (Ottaviani et al., 2016). Chronic anxiety is seen as an expression of the “fight‐flight” response pattern, which is held to be the evolutionary “default” threat response that must be tonically inhibited by central‐peripheral pathways for adaptive functioning.

Julian appreciated his stay at NIA but missed the stimulation of the academic milieu, and he was recruited by Ohio State University (OSU), where he accepted an appointment as the Ohio Eminent Scholar Professor in Health Psychology (2006). He accrued many honors during his tenure at OSU: the Humboldt Senior Research Award (2010–2011), president of the Academy of Behavioral Medicine Research (2011–2012), the Distinguished Scientist Award from the Association for Applied Psychophysiology and Biofeedback (2012), the Distinguished Scientist Award from the Society of Behavioral Medicine (2019), and was named professor of neuroscience in OSU’s College of Medicine (2013). After 13 productive years at OSU, he officially retired from his position in the spring of 2019 and was named Professor Emeritus. Most recently, he began a new position in the Department of Psychological Science at the University of California, Irvine, where he is currently Distinguished Professor.

Julian’s work has been funded by many grants, including awards from the Office of Minority Health Research and National Institute on Aging to investigate black‐white differences in cardiovascular function (2000–2002), and two current awards from the NIH to study biobehavioral effects on cardiovascular risk for bereaved spouses (2015–2020) and the impact of HRV on emotion regulation (2017–2022). He has been active in many professional societies, including our own; he served on SPR’s Bylaws Committee (1991–1994), Program Committees (1991, 2016, 2017), and was an associate editor of Psychophysiology (1998–2003). He also was on the Executive Council of the American Psychosomatic Society (2000–2003) and has been on the Editorial Board of Psychosomatic Medicine since 2002. He was the program chair of the Annual Meeting of the Society for Behavioral Medicine (1999), the American Psychosomatic Society (2003–2004), the Rocky Mountain Bioengineering Symposium (2002, 2007), and the chair of the Membership Committee as well as a member of the Executive Council of the Academy of Behavioral Medicine Research (2009–2013). He also served as president of the Rocky Mountain Bioengineering Symposium for 10 years (2008–2018).

In this tribute to Julian, I’ve attempted to summarize the themes and highlights of Julian’s contributions to psychophysiology, which span nearly four decades. Many foci stand out: for example, emotion and physiological patterning, heart rate variability and adaptive function, neurovisceral integration, perseverative cognition, and ethnic disparities in health. Yet, a unifying thread runs through his 400+ peer‐reviewed articles and book chapters: the key role of flexible psychophysiological responding in adaptive function. This perspective is buttressed by the methodological rigor and quantitative expertise that characterizes our field. Julian is an expansive scholar who has inspired many to transcend conceptual boundaries in their approach to science. I consider myself very fortunate to have been among those individuals whose both professional and personal lives have been indelibly influenced by Julian. He has made an enduring contribution to psychophysiology and its related fields of behavioral/psychosomatic medicine, and I can think of no one who is more deserving of SPR’s highest award. His work undoubtedly will influence psychophysiologists for generations to come.

Bruce H. Friedman is an asociate professor of psychology at Virginia Tech.

This article first appeared in the journal Psychophysiology in September, 2019.