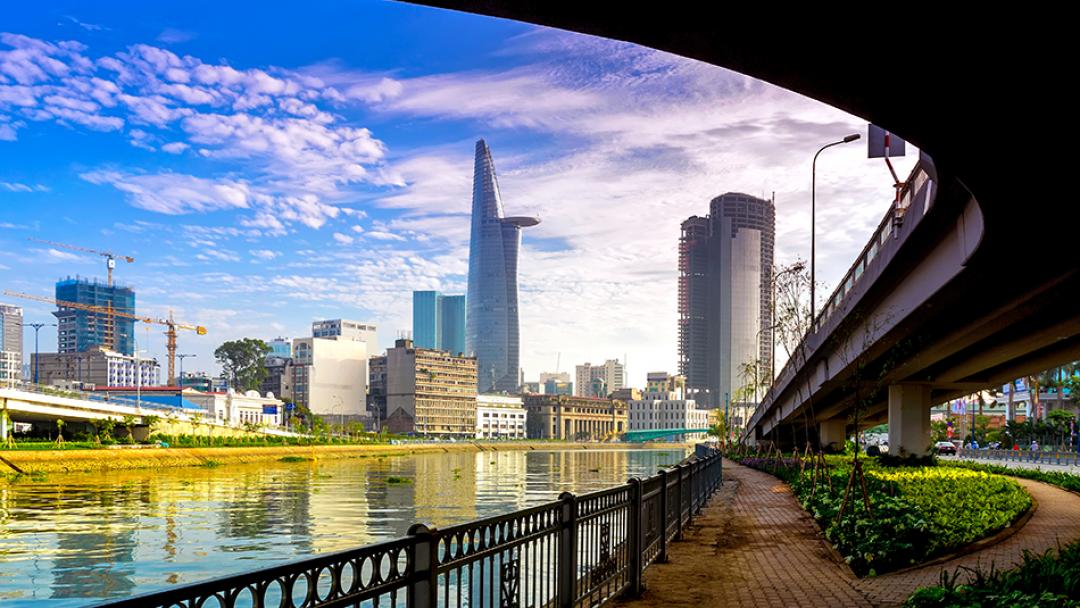 When Hun Kim looks at real estate, finance and infrastructure in Southeast Asian cities, he does not see backwardness and underdevelopment. Instead, he sees emerging global centers with new ideas, opportunities, and potential solutions for the rest of the world’s urban issues.

Kim, recently hired as an assistant professor of urban planning and public policy in UCI’s School of Social Ecology, says it’s important to look at thriving cities in Southeast Asia as new models that redefine world-class cities of the future.

The primary focus of Kim’s research is Vietnam’s Ho Chi Minh City (Saigon), where he examines how urban financing and real estate development changed after the global financial crisis of 2008. With research support from the Social Science Research Council, the University of California Pacific Rim Program, and the UC Office of the President, Kim conducted 18 months of fieldwork among urban planners, developers, and financiers. Currently, Kim is working on a book about  the evolution of the city of Saigon, through the lens of transnational finance and economic reforms.

In the future, Kim plans to expand his research in Vientiane, Laos, where both China and Vietnam are investing heavily in development along the Mekong River, as they vie for control over resources including rubber, plantations, hydroelectric energy, dams and timber.

“Private developers are basically using urban development to play a geopolitical and geographic game for resources,” explains Kim. “What is interesting is how nominally socialist countries like Vietnam, China, and Laos forge economic pathways out and through socialism in the present moment.”  Kim eagerly watches which configurations of socialism and capitalism will prevail in the 21st century.

For Kim, who earned his Ph.D. in City and Regional Planning with an emphasis in Global Metropolitan Studies at UC Berkeley before joining the faculty at the University of British Columbia, UCI is the ideal home for his teaching and research. He points to the fact that the campus is both an Asian American and Native American Pacific Islander-Serving Institution and a Hispanic-Serving Institution, and twice named by the New York Times as the university doing the most for the American Dream. 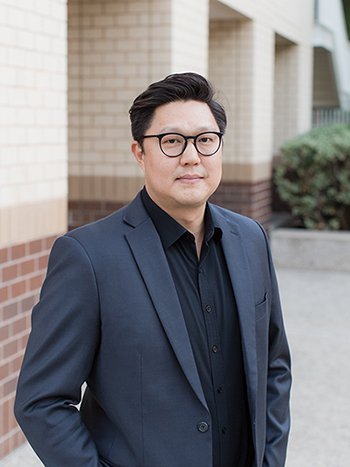 “Not only is it California, not only is it a UC, but in many ways UCI is the flagship of promoting what California is all about, and what diversity means in California,” says Kim. “I forged my own identity in the fire of that question: how do we achieve true diversity in public education?”

Kim was raised in Orange County by parents who immigrated from Korea. When he studied philosophy and rhetoric as an undergraduate at UC Berkeley, he was bothered by the “geographic myopia” of the courses -- hardly any non-Western philosophers were considered part of the canon. After graduating, he ran a nonprofit gang prevention program serving East and Southeast Asian youth in Oakland, and lobbied for an ethnic studies course in Oakland schools that is now a 9th grade requirement across Oakland Unified high schools.

State cutbacks to funding for community organizations ushered in a new phase for nonprofits. Kim saw a “massive privatization of critical safety net of social services in California,” which raised questions for him about the relationship between race, immigration, resources, and the meaning of “the public.” If a relatively liberal state like California turns away from funding critical  services, what does that mean for the rest of the country?

Kim returned to Berkeley to pursue a master’s in urban planning, which eventually evolved into doctoral studies in international development and international urbanism. Settling into UCI, Kim sees new opportunities to explore the relationship between the Global South and its immigrant communities here in Southern California.

Kim looks forward to covering these topics in his first course offered next spring called  “Cities of the Global South,” to highlight the ways that emerging cities are new sites of urban experimentations and innovation. He hopes that students will understand that issues and ideas from “elsewhere” in the world are actually much, much closer than they think.