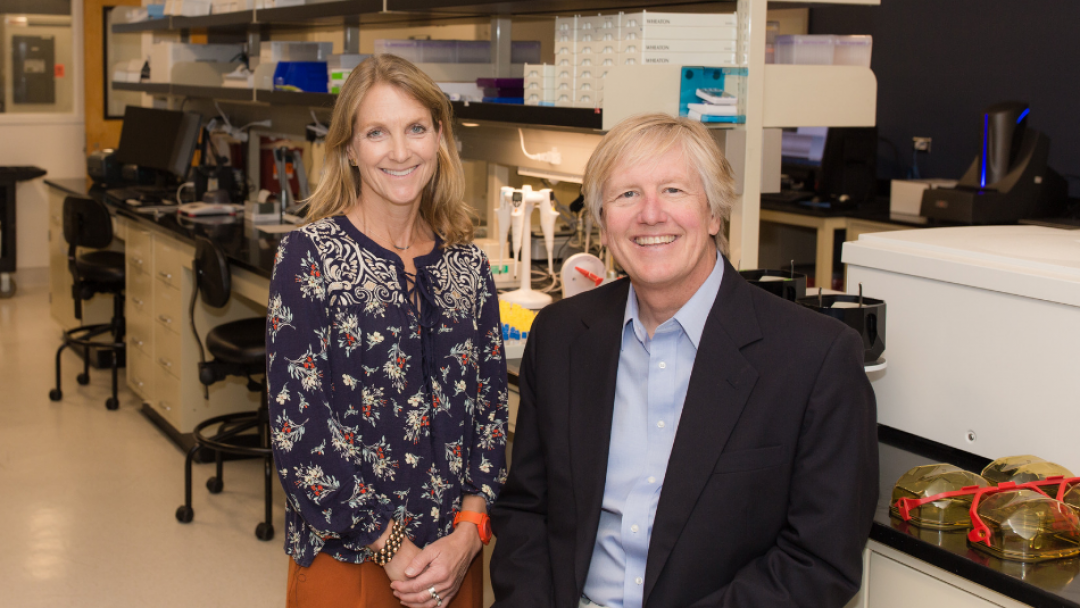 The University of California, Irvine Institute for Interdisciplinary Salivary Bioscience Research has received a five-year, $1 million gift from the Elisabeth Severance Prentiss Foundation for expansion of a study using saliva rather than blood to monitor lithium levels in patients with bipolar and major depressive disorders. Preliminary findings from a project conducted at the IISBR that began in 2017 – funded by a gift of $150,000 from the Prentiss Foundation – are the basis for this award.

“We are thrilled that, thanks to the generosity of the Prentiss Foundation, we can continue our work,” said co-principal investigator Douglas Granger, IISBR director and UCI Chancellor’s Professor of psychological science. “Although lithium is one of the most effective and affordable long-term treatments for bipolar disorder, it’s used in less than 25 percent of patients because of its very narrow therapeutic window. Lithium must be very closely monitored. If dosage levels are too low, there may not be any benefit; and if they’re too high, there can be toxic side effects.”

Saliva offers many practical advantages over blood for lithium testing. Collection is noninvasive and easier. Lithium therapy involves frequent dose adjustments and regular laboratory monitoring, requiring repeated blood draws from patients. These are often cumbersome, uncomfortable, expensive and difficult to schedule in a clinic setting, which can prevent capturing the full range of drug exposure over the course of the day.

Previous studies have focused on monitoring lithium levels via saliva, but the results were inconclusive due to the lack of standardization in collection and storage procedures, as well as inconsistent processing methods. According to co-principal investigator Elizabeth Thomas, a visiting researcher from Scripps Research, advances in bioscience methodologies and point-of-care testing technology have overcome those drawbacks. The UCI team’s preliminary findings showed a strong positive correlation between serum and salivary lithium measurements, providing justification for expanding the study’s patient population from 40 to 300, including children, and the number of recruitment sites from one to four.

The three-phase study will be conducted over five years. The goals of the first phase are to confirm saliva as an accurate measure of lithium levels in an extended cohort of patients; ascertain differences in absorption and distribution throughout the body; identify excretion variations; and measure drug level changes throughout the day. This information will be used for the next phase, which involves establishing criteria to determine whether commercially available rapid blood test equipment can be modified for use with saliva. The final phase will be the creation of a point-of-care device specifically designed and optimized for saliva that can be deployed in a clinical setting.

“Rapid tests would have enormous value in determining drug levels in the body for efficacy and safety as well as establishing patient compliance in taking their medication,” Thomas said. “This grant demonstrates the commitment of the Prentiss Foundation to support our efforts, and that inspires us to work harder to ensure the success of these studies. We believe our findings will dramatically improve drug monitoring in this important patient population.”