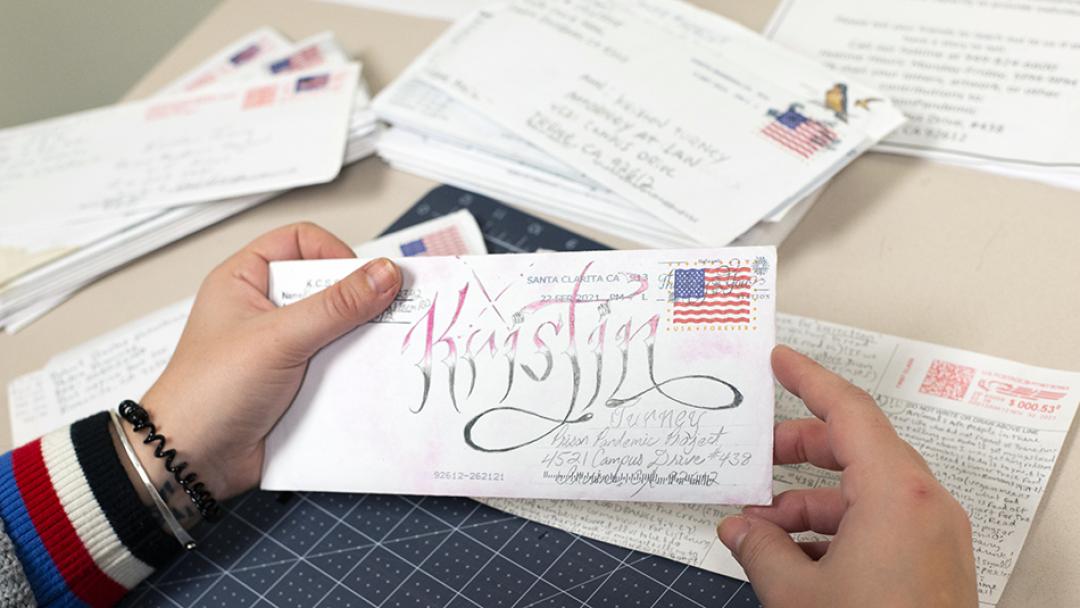 With more than 63,000 reported cases of COVID-19 in California’s prisons, UCI’s PrisonPandemic project is telling what it’s been like for prisoners, their families and prison staff members. The project has collected and is sharing on its website more than 1,300 stories. 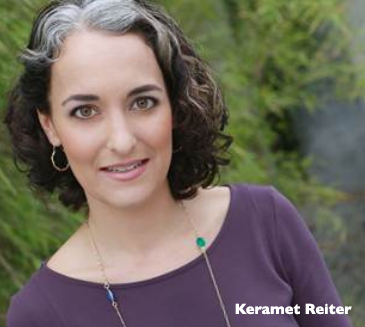 “We have learned that people in prison during the COVID-19 pandemic have felt abandoned, isolated, scared, and vulnerable, with good reason,” says Keramet Reiter, professor of criminology, law and society, and a PrisonPandemic founder. “They have had extremely limited access to friends and family, protective equipment, and healthcare, have lacked ability to social distance, and have faced frequent lockdowns and, even, solitary confinement as a tool of quarantine.”

To that end, PrisonPandemic has been awarded a $157,500 Sustaining Public Engagement Grant from the American Council of Learned Societies. Reiter is the principal investigator and the co-PIs are Kristin Turney, professor of sociology, Naomi Sugie, associate professor of criminology, law and society, and librarian Elvia Arroyo-Ramirez. In addition, the National Endowment for the Humanities awarded a $50,000 grant for the project.

“Our jails and prisons are too often hidden from public view — located in rural areas, cut off from communication, inaccessible to journalists and researchers alike,” Reiter explains. “The pandemic only exaggerated this opacity. PrisonPandemic provides both a window into our locked facilities and a model of how more such windows can be carved out.”

The project will mark the two-year anniversary of California’s prison lockdowns later this month with an enhanced website re-launch, funded in part by support from Arnold Ventures. The new site will enable users to search stories by keyword and filter stories by facility type, facility name, date, type of story (call or letter), and type of contributor (incarcerated person, family or friend). It will also feature stories from California ICE (Immigration and Customs Enforcement) facilities, federal prisons and jails.

The stories “are especially groundbreaking as information about jail conditions and infection rates is wholly unavailable,” Reiter says.

While California’s Department of Corrections and Rehabilitation, which operates the state's prisons, publishes information about infection and deaths across facilities, PrisonPandemic is the only source of any such information from jails, where people are held pre-conviction or on sentences of less than a year.

PrisonPandemic's digital archive of stories aims to bring greater transparency to the COVID-19 crisis in prisons. It is an ongoing initiative to collect stories from people incarcerated in California prisons and jails, federal prisons and ICE detention facilities across all 58 counties in the state, their family members and loved ones, and the staff/employees who work in those facilities.

“Our hope is that the archive will outlive the COVID-19 pandemic and serve as a resource for understanding the unequal toll of the prison system in the United States,” Reiter says.

Among the stories in the archive is this excerpt from someone incarcerated at Pleasant Valley State Prison:

Around January, 2020, the news had finally reached the institution concerning the COVID-19 virus. Many people didn’t take it seriously but after people started realizing it was real, people started being more cautious.

I realized the severity of the pandemic right away because I had valley fever. In 2014 I coughed up blood because of it and I was hospitalized for three weeks and a half. And for this reason I was well aware of the danger.

The protocols in place were so bad that we went from no cases, to nearly two-thirds of the population being infected. The people in charge decided to isolate anyone who came in contact with someone who’d been positive for COVID. And it sounded good but they failed to follow through with their own policies. For instance, contact tracing was flawed because if someone had contact with a staff that tested positive, they would move the individual to a so called, “COVID block” but leave his celly.

Then some people ended up not having the virus and were forced to move in with someone that did, and they ended up getting it. It was a complete failure all the way around.

Another example is, someone had tested positive in the morning but they still let him out and ran yard, dayroom, business as usual and then the next day, they locked us down because that person was positive. It made no sense at all. Before you knew it, they started moving people around to and from the COVID blocks and that’s when it got out of control. It became clear to me and everyone that they wanted to achieve herd immunity.

We couldn’t believe what was going on.

Finally, the majority of the people were infected. There were about 30 to 40 people in my block that didn’t get sick. But for the most part it was everywhere.

Luckily for me and my celly, we didn’t get it. I took extra precautions and quarantined myself. And I did that because I knew the prison had no clue how to deal with the pandemic.

If they would’ve listened to us when we expressed concern about moving people around, it wouldn’t have been out of control. If you were to investigate this prison and pay attention to all the moves that they did, it’ll show you that it was at that precise moment the virus spread.

This is an excerpt from a letter submitted by someone incarcerated at Salinas Valley State Prison:

I have been in this prison for 23 years and I’ve had my fair share of runnings with situations, and had always pretty much shaken a lot of situations off. Shrugged it off and simply kept on with life, if you can call it that. Once the pandemic hit, things got real.

Seriousness, a total of seven people had died already and I thought about what to do. I had no mask and pretty much my life was almost like a death row inmate’s. I would dread any contact. I felt like I know what the men felt while on death row. I was a dead man walking on borrowed time.

This one old guy had tested positive. So they placed him and his celly in quarantine in a building isolated from the rest of the people.

Well, from what we heard, that this old man had breathing complications as a result of COVID-19. He couldn’t speak English so he had asked an English speaker for help to communicate with the nurses because he had coronavirus. His doctor pretty much felt he was a useless dude.

I mean he talked alright, but during the diagnosis of him having COVID-19 he complained he was having trouble breathing. A lot of people, inmates, had to band together and argue on the behalf of the non-English speaking infected inmate, and then and only then, the nurse felt pressure to act. They got this inmate one cough drop.

So I felt terrified to attain the COVID-19 virus because I knew the level of care I would be getting zero. So it made me feel like I was on death row because we were on lockdown for over one year and just inside the cell. For seven days a week, I made myself a mask and I slept with a mask on me.

I have asthma, and I’m terrified to get infected. ... So in short, I actually felt like I was on death row. I understood what they feel when they go about their daily life. Condemned and just waiting for their turn to die.

This letter was written by someone incarcerated at the state prison in Chino:

As for the first two to three months went by we fought first for masks. Then for adequate cleaning supplies in which it took two more months but, we received them. … When the pandemic first hit, this prison was the worst hit, we actually had 17 or more deaths from what I know. I actually was associated with two people who actually passed away.

One of the gentlemen had been incarcerated for more than 20 years. In which he had seven years left, and to succumb to something like COVID-19. For that to be the end, it was terrible.

Of course they sent his belongings home, and when the officers gathered his things I couldn’t help but think. He did all that time survived some pretty bad prison experiences and died from coronavirus. At that his family is being sent paperwork, and Top Ramen noodles to remember him by.

So at about the fifth month of 2020 they started a mass releasing system. Any non-violent offender within six months of going home was released. This was truly a good thing because it allowed us to get a little more space. …

So we have looked ahead to better days. As far as quarantining goes we were already quarantining if you feel my drift. We’re locked up already. So really the world kind of got a sense of what it’s like for your freedom to be taken.

Donations are being accepted to support the project.

Covid in Custody: How UCI Faculty and Students Exposed the Ravages of COVID in California’s Prisons