Government misconduct cause of most wrongful convictions 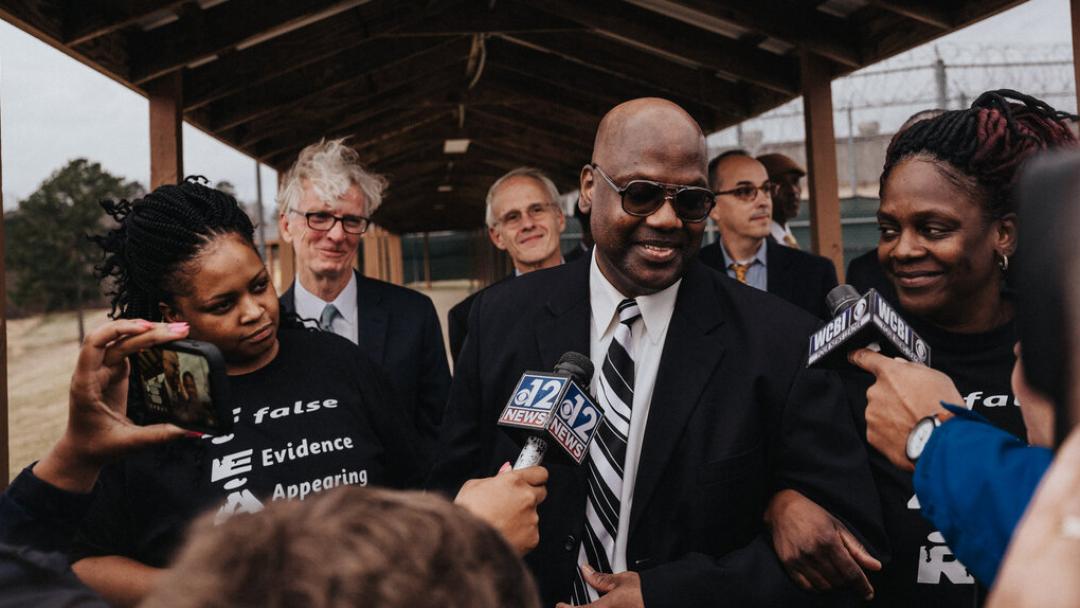 In 1997, Curtis Flowers was sentenced to death for a quadruple murder in Winona, Mississippi. The conviction was reversed and he was ultimately tried a total of six times before the charges were dismissed in 2020 after numerous witnesses recanted their testimony. Photo credit: Rogelio V. Solis/Associated Press

Official misconduct contributed to the false criminal convictions of more than half — 54 percent — of innocent people who were later exonerated, according to a comprehensive report released this month by the National Registry of Exonerations. 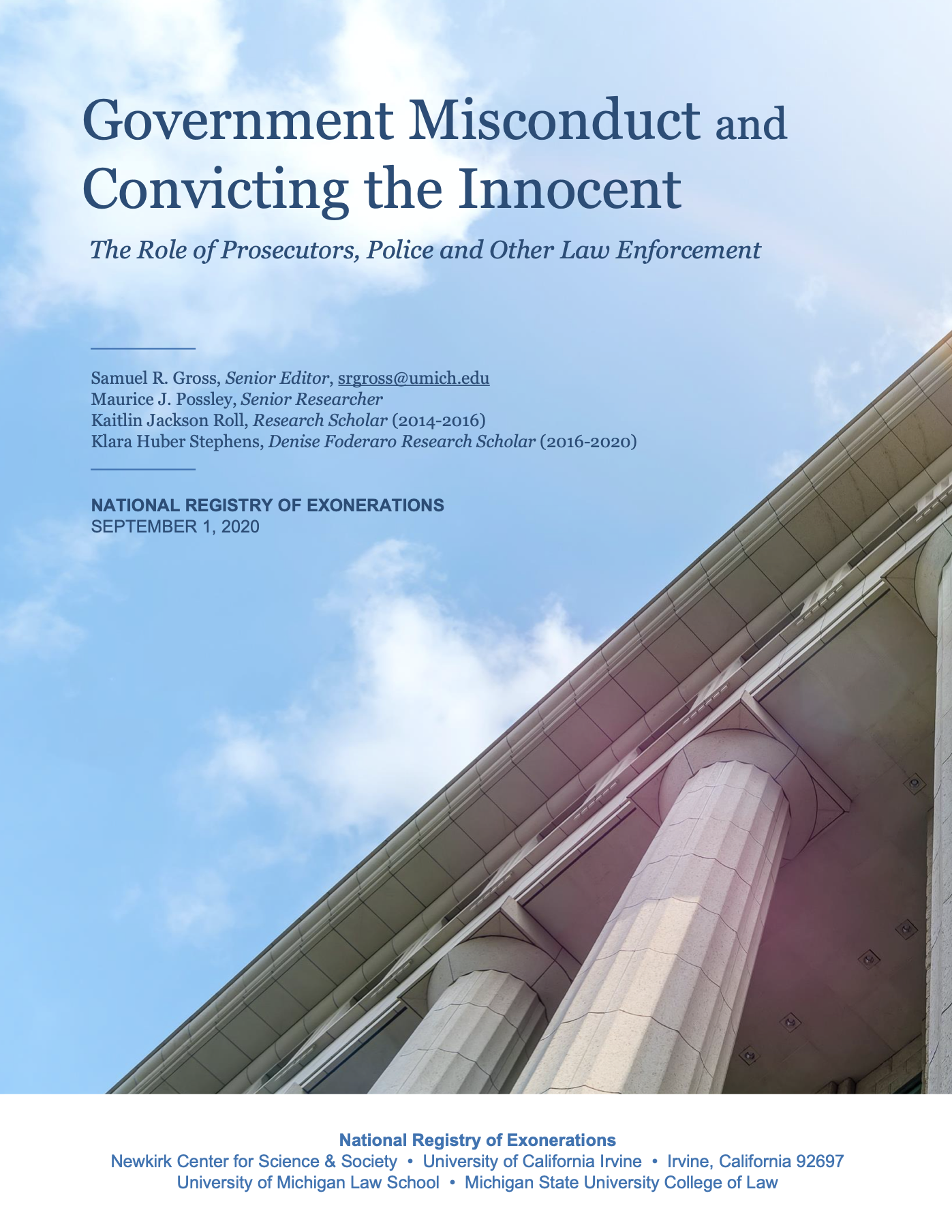 As calls to reimagine the nation’s criminal justice system grow, these new data underscore the need for more discipline and professionalism by police and prosecutors.

This report is by far the most thorough study ever of official misconduct by police, prosecutors and others in criminal cases in the United States. It is the only such study based on a comprehensive database of cases of wrongly convicted defendants: the first 2,400 exonerations recorded in the National Registry of Exonerations.

Read the report, “Government Misconduct and Convicting the Innocent: the Role of Prosecutors, Police and Other Law Enforcement,” at exonerationregistry.org

The Report details the different types of misconduct that are committed at successive stages of criminal cases, from initial suspicion through conviction:

“Official misconduct damages truth-seeking by our criminal justice system and undermines public confidence. It steals years — sometimes decades — from the lives of innocent people. The great majority of wrongful convictions are never discovered, so the scope of the problem is much greater than these numbers show,” said University of Michigan Law Professor Emeritus Samuel Gross, the lead author of the report and senior editor of the National Registry of Exonerations.

Overall, exonerated Black defendants were slightly more likely than white defendants to be victims of official misconduct — 57 percent to 52 percent. That difference, however, is much larger for drug crimes, 47 percent to 22 percent; and for murder cases, 78 percent to 64 percent — especially those with death sentences, 87 percent to 68 percent. In 2017, the National Registry of Exonerations released a study of the role of race in wrongful convictions and found that innocent Black people were more likely to be wrongfully convicted than whites and spent more time in prison before being exonerated, among other findings.

There’s no one remedy for official misconduct in criminal cases because it’s not one problem but many. The report recommends new procedural rules, such as recording all interrogations and lineups, that would improve evidence gathering generally and also reduce misconduct. “Most of the rules we need are in place. We need enforcement — but also adequate resources to do a good job, supervision, and especially leadership. We need to change entrenched work cultures,” said Professor Gross.

Most exonerations happen many years after conviction, so it’s too early to tell from these data whether there’s been an overall change in the rate of official misconduct over the last two decades (except for Federal white collar prosecutions, where misconduct has clearly increased). But there have been decreases in a few specific types of misconduct, including violence in interrogations and forensic fraud.

The National Registry of Exonerations  is a joint project of the University of California Irvine Newkirk Center for Science & Society, the University of Michigan Law School, and the Michigan State University College of Law. It provides detailed information about every known exoneration in the United States since 1989 — cases in which a person was wrongly convicted of a crime and later cleared of all the charges based on new evidence of innocence.

Washington Post: More than half of all wrongful criminal convictions are caused by government misconduct, study finds

USA Today: Police misconduct, such as falsifying evidence, is a leading cause of wrongful convictions, study finds

RTL: Wrongful convictions: US police withhold evidence in many cases