Attorney John Manly, named one of California’s “Top 100 Attorneys” and one of California’s top 30 Plaintiff Lawyers by the Los Angeles Daily, is California’s preeminent attorney representing victims of sexual abuse. Over the past decade, John and his legal team have been heavily involved in the most significant sexual abuse actions litigated across the nation, assisting in the recovery of nearly two billion dollars—through trial and settlement—on behalf sexual abuse victims. Additionally, Manly, Stewart & Finaldi’s litigation has effectuated significant non-monetary changes to the policies and procedures of religious, youth educational and charitable organizations, helping to keep kids safe.

Mr. Manly has devoted his time to assembling a powerful team of attorneys who specialize in litigating sexual abuse civil cases on behalf of children and vulnerable adults, firmly establishing Manly, Stewart & Finaldi as the nation’s preeminent law firm in the field. Manly, Stewart & Finaldi specializes in litigation of molestation, sexual harassment and exploitation actions in religious, employment, educational, familial and other settings. Manly, Stewart & Finaldi successfully litigated more than one thousand cases on behalf of Catholic clergy abuse survivors including the $660 million global settlement of 508 sexual abuse claims against the Roman Catholic Diocese of Los Angeles. The firm has also represented hundreds of survivors of sexual abuse by teachers, coaches and school employees. These cases include the $140 million global settlement of 81 child sexual abuse claims against Los Angeles Unified School District resulting from the sexual abuse of students at Miramonte Elementary School by Mark Berndt. This is the largest child sex abuse settlement against any public agency in the United States

Dr. Jodi Quas is a professor of Psychological Science at the University of California, Irvine. She conducts empirical research on the topics of memory development in early childhood, the effects of stress and trauma on children’s development, and children’s involvement in the legal system. Her specific research interests include strategies to improve children’s narrative productivity and accuracy; the effects of stress on children’s memory; emotional regulation and physiological reactivity as predictors of children’s coping with and memory for stressful events; jurors’ perceptions of child witnesses; and consequences of legal involvement on child witnesses and victims. She has been conducting research for over 15 years and is recognized as a leading researcher and a significant contributor to the field of child development. In 2008 she was awarded the American Psychological Association Award for Scientific Early Career Contributions to Developmental Psychology. 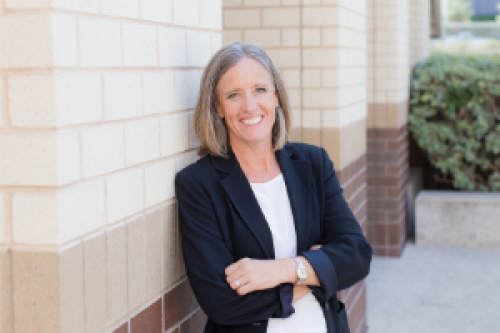