It is no exaggeration to state that surrealist painter Richard M. Powers (1921-1996) was one of the most startlingly imaginative and prolific artists of the 20th century. The otherworldly landscapes, perplexing quasi-machines, and extra-dimensional biomorphic forms he produced for countless science fiction book covers of the 1950s and 60s were a powerful early inspiration for composer/multi-instrumentalist Scott Robinson, who brings his “aRT” trio with Pheeroan akLaff and Julian Thayer to Roulette for this centennial multimedia concert event.

The evening will begin with a pre-concert discussion with the artist’s son, writer Richard Gid Powers, and longtime broadcaster David Garland. Robinson’s short award-winning video, “Powers100,” will also be shown. Following an intermission, the aRT trio will then take the stage for the World Premiere of Higher Powers, an improvisational multimedia piece in which live video feed of the performers will be interactively intermixed in real time with Powers imagery chosen from among his vast output…some of it unpublished, never before seen by the public. The use of monitors for the performers, along with computer technology to blend and meld images on the large screen above, is a method that aRT developed in collaboration with sculptor Rob Fisher in 1991 which allows for full, 360° interactivity. The performers literally enter the work, and become it… and vice versa. Extremely rare instruments from Robinson’s arsenal will be seen and heard, including a sub-contrabass sarrusophone, a Model 201 theremin which was Robert Moog’s very first creation (one of only 20 he made), and one of the world’s largest saxophones. Rare footage of the artist at work will also be shown, and there will be a reception following the performance.

The trio known as aRT – akLaff, Robinson, Thayer – is a highly adventurous group of creative minds that has been performing new and startling music since 1988. aRT has appeared at jazz festivals, art galleries, and scientific conferences here and abroad, and has produced collaborative projects with sculptor Rob Fisher and choreographer LaRue Allen. aRT’s 1991 “Flying Carpet” multimedia performance at the Knitting Factory premiered a new, improvisational method of interactively intermixing art/performance video streams. This idea was expanded upon in 1996 for the Studio for Creative Inquiry in Pittsburgh, where their planetarium performance “Night of the Living Cell” combined imagery of cell life with real-time video feed of the performers – in 3D! “The result,” The Wall Street Journal reported at the time, “could become a new form of artistic experience.” In 1997, aRT was selected to be the closing act for the Sun Ra Festival in New York. Most recently, aRT performed in Philadelphia for the Institute of Contemporary Art’s 2020 exhibition on Milford Graves, with whom aRT had been working toward a collaborative music/science project. As Mr. Graves was not well enough to perform, he graciously provided a set of his TonoRhythmology/Sonification recordings – which he created by translating his own physiological data into musical sound — along with his blessing to incorporate them into the performance. This provided a means by which he could, in a way, be present and part of the music… an idea that aRT hopes to expand on in future performances.

Julian Thayer is a Distinguished Professor of Psychological Science at UC Irvine. A Fulbright Fellow and winner of the Distinguished Scientist Award, he has produced more than 650 publications, and is ranked among the top 1% of most-cited researchers worldwide. His research on music and psycho-acoustics has been featured in the Wall Street Journal and Psychology Today. An accomplished bassist, Jules has recorded with Geri Allen, Charlie Mariano, George Garzone and others.

Pheeroan akLaff is one of the most important drummer/percussionists in creative music. Since a very young age he has been a major contributor to the artform, working alongside giants such as Anthony Braxton, Cecil Taylor, Andrew Hill, Oliver Lake, Sam Rivers, Henry Threadgill and many more. Pheeroan’s music is steeped in powerful ritual and imagination, and through his organization Seed Artists he is finding new ways to present this music to the public.

Scott Robinson is an award-winning composer and multi-instrumentalist who has presented his music in nearly every corner of the globe, appearing on more than 275 recordings. He has worked with Joe Lovano, Ron Carter, Maria Schneider, Chet Baker, Henry Grimes, Ella Fitzgerald, Anthony Braxton and many more. Scott’s ScienSonic Laboratories imprint has released more than a dozen adventurous and far-reaching albums, including Flow States with Milford Graves, Roscoe Mitchell and Marshall Allen. His quartet album Tenormore was named “Best New Release” in a 2019 JazzTimes poll.

This evening is produced in association with ScienSonic Laboratories, LLC. 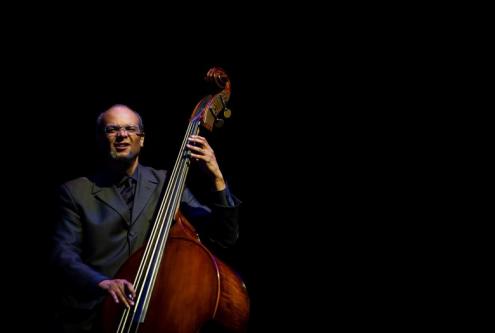